Published April 28th 2022
This article looks at the Voopoo Drag S vape kit and how it can be used as a sub-ohm device. 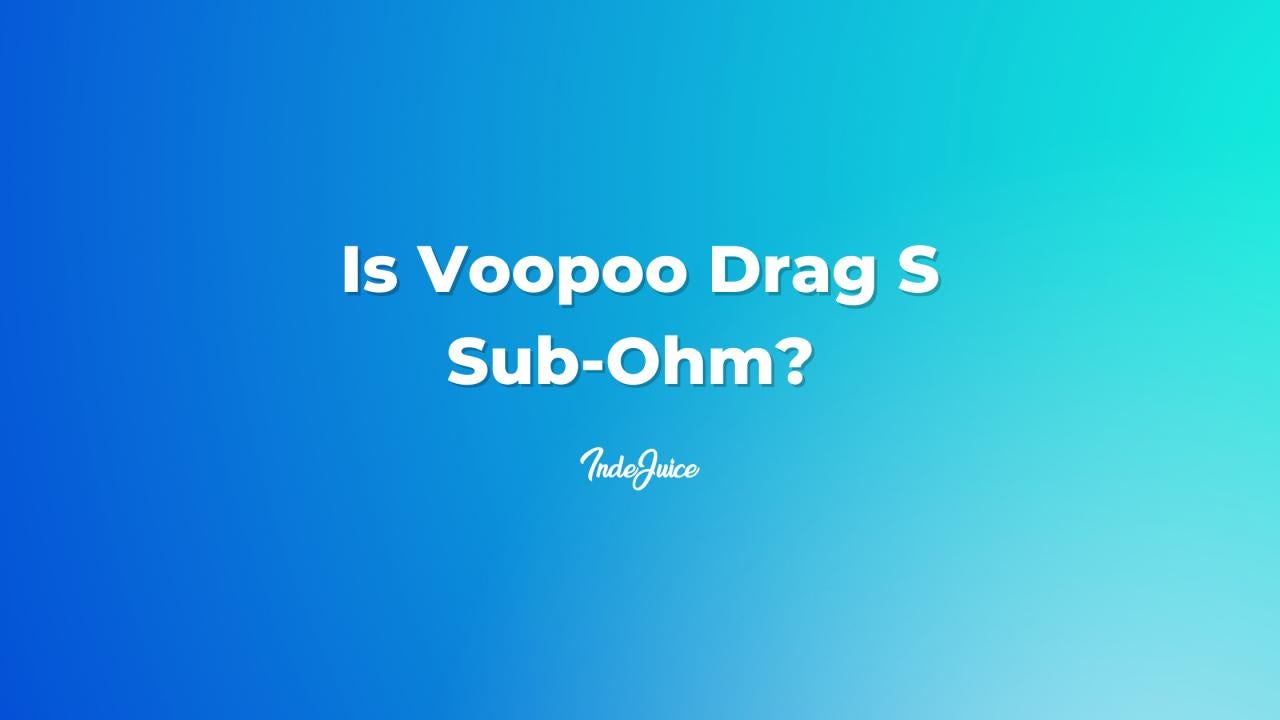 The short answer is yes; the VooPoo Drag S is suited to be adapted into a sub-ohm or direct to lung vaping configuration. Just right out of the box, the Drag S kit from VooPoo comes with a low impedance coil that makes for one of the best unmodded out-of-the-box sub-ohm experiences.

The Drag series from VooPoo has some exciting technology suitable for both mouth-to-lung and direct-to-lung (DTL) users. This is because the Gene fit chip powers the device allowing the Drag S to automatically sense the wattage of the heating coil installed and adjust for it. While not the highest wattage of VooPoo’s Drag mod series, the Drag S still packs a good tight punch with airflow control and a strong 18650 battery.

The Drag S, much like many other devices in the VooPoo Drag lineup, comes with multiple power management modes selectable through a menu displayed on a striking LED. This means that when you can finally find a nice vaping spot, you can simply turn on cloud chaser mode and let the sound of the atomiser completely firing up a cloud of vapour send thrills down your spine.

The VooPoo’s airflow control system allows sub-ohm users a higher level of control when compared to other vape kits of this size and weight. The single battery system, at a glance, seems way too tiny for many of these advanced features. Still, because of VooPoo’s clever engineering, they’ve made the Drag S a sub-ohm monster with a bit of form factor and surprising modularity.

I say so because the Drag S, much like many of VooPoo’s lineup, can take advantage of the range of PnP (also known as Push-n-pull) that VooPoo themselves design for use only with their devices. The PnP design allows users to experience hassle-free coil replacement and ensures that users can keep their replacement coils between device upgrades and through the years. This enables the Drag to S not just to be an excellent device for the moment but also a kind of taste-tester for your favourite VooPoo coil.

If you’re looking to make this your main driver, as the product ages and becomes less updated with features, you would have tried various e-liquid and coil combinations. You might’ve probably also purchased the compatible PnP or TPP pod tank that expands upon the pod’s original compact e-liquid reservoir.

The lovely thing then would be in time for your next upgrade; you already have many of the parts necessary to switch to the next new VooPoo king.

Lastly, the styling of the Drag S makes it seem like something straight out of a Bond film. The sleek stainless steel finishing coupled with the carbon fibre inlays and the leather-like grip around the chassis makes the device fit right in with luxury. The Drag S, belonging to VooPoo’s drag mod lineup, delivers on style, flavour and ease of use for all but the boring consumer!

Learn more about Drag vape devices with our blog post on how much is a Drag vape?