Published May 9th 2022
In this blog, we take a closer look at what vape kits use PnP coils and which Voopoo devices are best for the PNP coil. 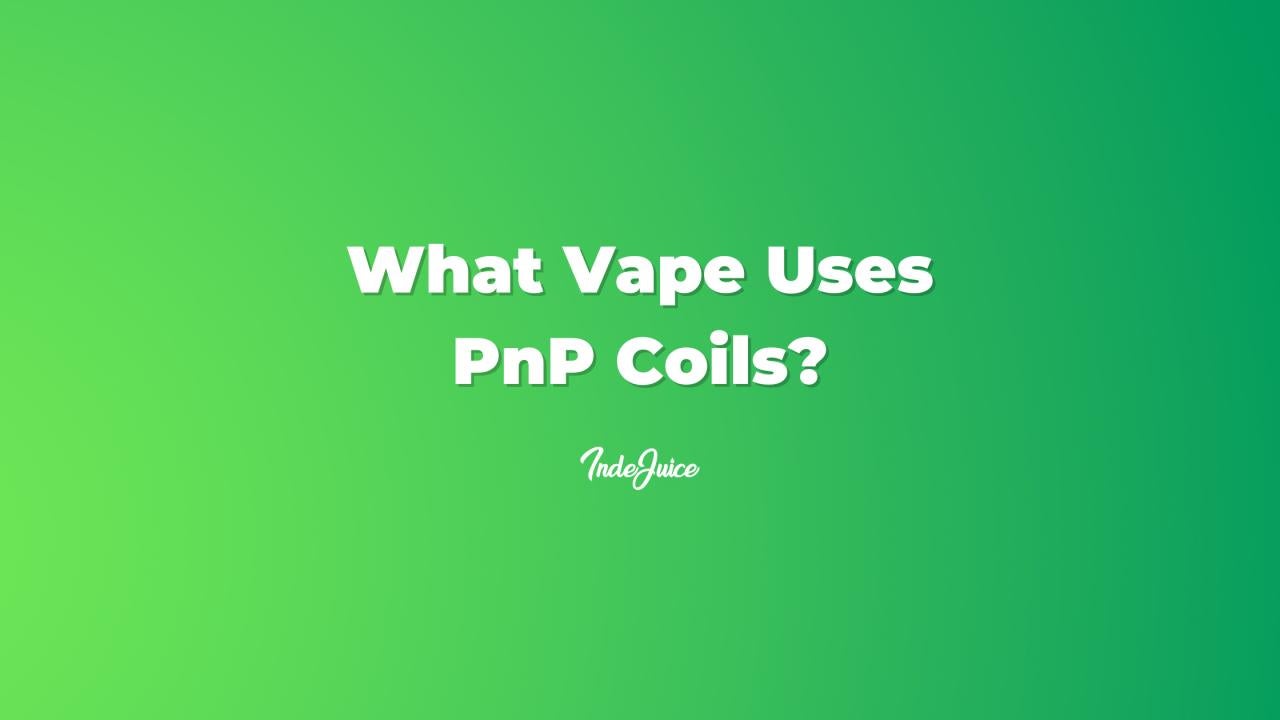 Compatible devices from e-cigarette manufacturer VooPoo use PnP coils. VooPoo is a company that leads the e-cigarette industry in its constant innovation and reimagining how the vape device can be increasingly modular.

Even though it can get a little complicated, putting the time into figuring out which of the over 20 vape kits that VooPoo offers is compatible with which coils are well worth the effort. The coil you choose will dictate how well the flavour and vapour are released and the general experience and durability of each heating coil.

Some popular PnP compatible kit lineups include Vinci, which contains Voopoo’s Vinci, Vinci R, Vinci X, and Vinci Air. The Argus lineup Argus GT and Argus Air is also relatively well known, and the Drag Series, with Drag S, Drag X, Drag Baby and Drag Max, are made to be compatible with as many of VooPoo’s PnP vape coils as possible.

What Vapes Use PnP Coils?

First of all, we have to establish what PnP coils are. PnP, or “Push n Pull”, is a coil system from VooPoo which is innovative not in the way it burns, like most manufacturers tend to push their coils towards, but towards how they are replaced and exchanged out. Designed to be as simple as putting together a kid’s toy, the user has to push and pull to change and remove coils.

VooPoo’s PnP coils are designed with a wide range of kits in mind but aren’t always usable due to the design limitations of PnP coils; they’re not perfect for delivering higher voltage outputs. Despite this, the replaceable system and the general architecture of such coils make them a blast to use within VooPoo’s vast product lineup.

They cover both vaping styles: Mouth-to-lung (MTL) and Direct-to-Lung (DL, DTL, and sometimes called sub-ohm vaping), which have different PG vs VG concentrations, volume or airflow requirements, power draw rates, and coil resistances, making them perfect for vapers who are indecisive and love to switch between styles and flavours.

The Vinci X supports just about all the PnP coil lineup except for the VooPoo VM6, and the Argus series are supported with the PnP TM/TR series. This also means that if you are a light vaper and you know someone else who vapes, getting them into a similar ecosystem can help make replacement coil purchases more economical as you can share the pack instead of having to use all of the coils.

All non-VooPoo, meaning all of VooPoo’s competitors’ vapes, do not use PnP coils since PnP is a VooPoo product. Be wary if you see any similar coil system as PnP or any other brand using the Push-n-pull and Push and Pull keywords.

Learn more by reading our articles can you use PnP coils in a TPP Tank and are PNP coils compatible with GTX?

The ultimate guide to vape coils for beginners including what vape coils are, how they work and our specialist recommendations for getting started with vape coils.

Are PnP Coils Compatible With GTX?

This article discusses whether the VooPoo PnP coils are compatible with the Vaporesso GTX series.

Can You Use PnP Coils In A TPP Tank?

This article discusses which vape coils you need for the TPP tank. In particular, whether you can use PnP vape coils in a TPP vape tank.

Which PnP Coil Is Best For Flavour?

If you're wondering which PnP coil to choose to get the best flavour from your e-liquid, keep reading!