Which Caliburn Device Is Best?

Published May 3rd 2022
In this article, we discuss the differences between the UWELL Caliburn vape kits and which device is best for your vaping needs. 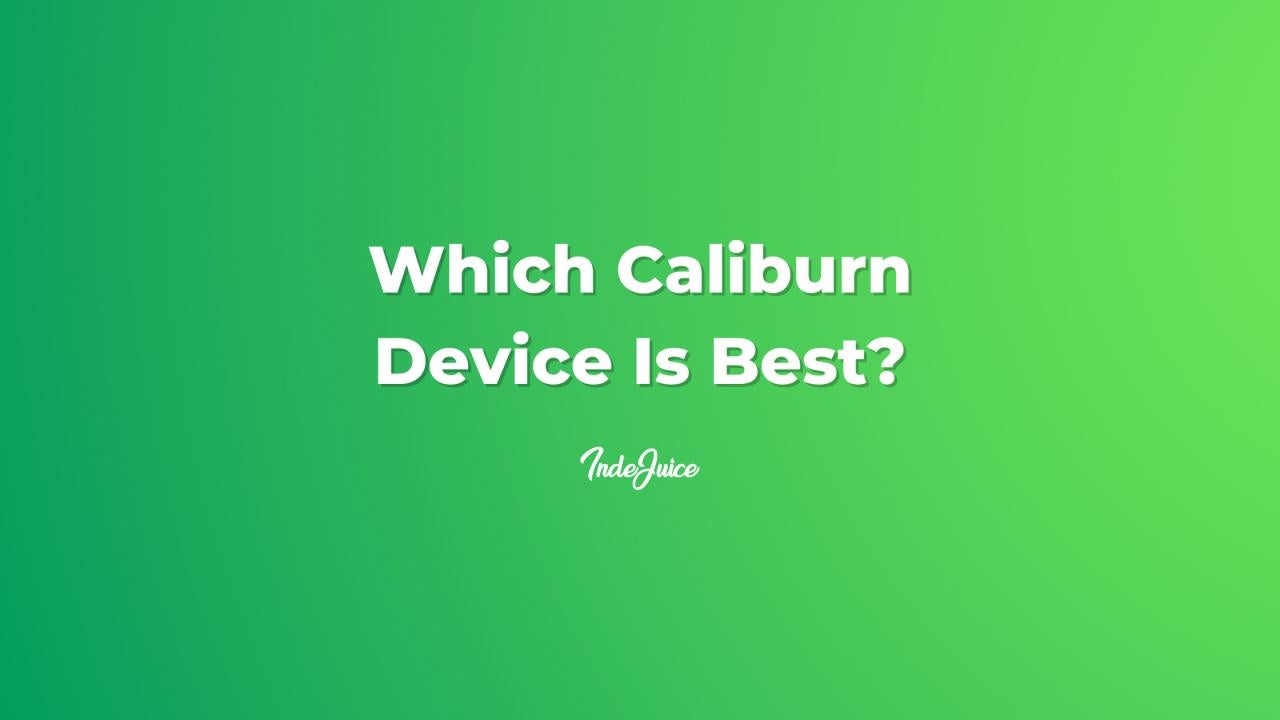 Which Caliburn Device Is Best?

The best Caliburn devices are the Original Caliburn and the Caliburn G.

This of course, depends strongly on who you ask and their purpose for vaping. To give a little context, Caliburn is a wildly popular series of vape pens that use a pod-based ecosystem. From when the device range first hit stores to two and a half years in the market, it has outperformed its pod-based pen competitors in both sales and functionality.

For a long time, the Caliburn was the only vape pen with a higher output wattage, at 18W. But, it has been triumphed by the new Caliburn G2 and the GK2. Where the GK2 has a boxy exterior, it actually has the weaker battery, with the Caliburn G2 winning at 750mAh. Users have reported being able to use three to four pods of juice without even needing to charge. While the KOKO might still be available and valuable, using the Micro-USB port as its main charging inlet leaves USB Type-C users with one more cable they have to bring around.

If you’re not looking for the highest wattage possible, consider lower wattage devices like the original Caliburn and the Caliburn A2 that perform much better with 50/50 VG/PG. Less fruity and bold flavours also benefit from having lower wattage, which helps to smoothen out the vapour.

Lastly, with the A2 and the G2 representing both low and high wattage options, they beat out the competition by having both buttons and windows to see the balance amount and the colour of the e-liquid remaining. The G2 beats out the A2 here as it has an airflow control system.

Caliburn vape is made by the parent company Uwell, which is an ecosystem of pod-based vape systems. Uwell was founded in 2015 as an enterprise brand focusing on high-quality electronic cigarettes.

Uwell is known for its innovative technological features and stringent quality control, allowing them to break through into the global vape market.

The company, based in Shenzhen, China, is passionate about its own goals in market penetration and trustworthiness and improving the lives of smokers worldwide.

When Was Caliburn G Released?

The Uwell Valiburn G has been released for close to two years now, in October of 2020. Caliburn G entered the market off of the bashing success of its predecessor, the Uwell Caliburn, released in early 2019. The Caliburn G improved on the new and noteworthy Caliburn by implementing replaceable coils, making the pods all-in-one.

The implementation of replaceable pods also made it so that the Caliburn G could offer multiple coils, namely the 0.8-ohm mesh coil and the 1.0-ohm regular coil. The Caliburn G also pushed the wattage up to 18 and improved the original’s battery capacity from 520mAh to a 690 mAh battery that now charged with a USB Type-C input rather than a micro-USB one.

Which Is The Newest Caliburn?

The newest Caliburn is the Caliburn GK2, an upgrade from the previous Uwell’s KOKO PRIME. With a curved glass around a cyberpunk, futuristic design, the latest Caliburn looks futuristic.

The GK2 has a new haptic feedback system that includes various vibration states to indicate error conditions like installing a cartridge, lower voltage, and an open circuit.

Like the G2 and the KOKO Prime, the GK2 has a precise adjustable airflow, and the e-liquid fills in from the top, is easy to manage, and the level of e-liquid can be used be checked at any time through a transparent side window.