How Long Does Vape Smell Last?

Published June 8th 2022
In this article, we take a closer look at how long vape scents last and if vaping leaves a film of cloud. 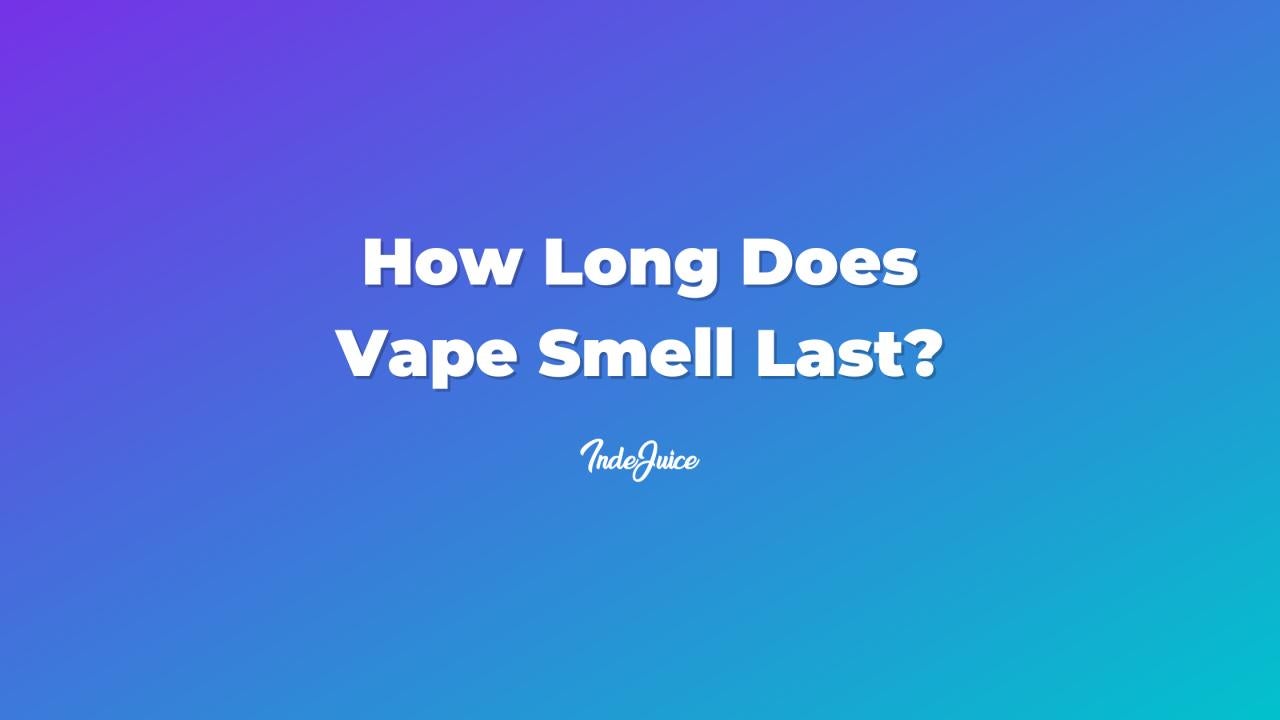 How Long Does Vape Smell Last?

The odours from vaping last a few minutes.

You know how much smoking affects the interior atmosphere and leaves lingering scents if you smoke, particularly cigarettes. Even those who burn incense regularly have concerns with fragrances lingering in their homes that last for years. Vaping, on the contrary, does not appear to have had the same long-term effects as smoking. Unlike smoking, vapour from your vape or disposable ecig does not stick to your clothing, drapes, or furniture, nor does it discolour your walls.

Depending on the time of vape device you're using will dictate how long a vape smell will last; however, in most cases, it's only a few minutes. Vape mod devices that require large wattages when vaping will produce thick clouds and intense odours due to the high VG composition in the e-liquids; vape smells will linger for a few minutes. Disposable vape pens and standard pod devices will not produce much vapour. Therefore vape smells disappear within seconds.

Unlike smoking, vaporising produces a minimal smell and has a short-term impact. Vape devices let you enjoy huffing in the most discreet manner possible, and some of the units listed above may also ensure that you don't bother your housemates or neighbourhood or at the very least limit it to a minimum.

Does Vape Smoke Leave A Film?

Vaping only leaves a film of vape smoke when using high VG e-liquids for a few minutes.

High VG e-liquids, predominantly used in devices with a resistance lower than 1 ohm, produce thick, dense clouds. This vapour can leave a film of 'smoke' for a few minutes. This can be minimalised by leaving a window open or good ventilation.

Many cigarette users avoid smoking inside or among non-smokers due to the documented health risks of secondary and thirdhand smoke. Most e-cigarette users have reported vaping in their cars, houses, or just around their kids and animals. It's known that e-cigarettes are far safer than traditional cigarettes. However, not much research has been done on second-hand vapour. Users should avoid using e-cigarettes inside or in close proximity to others.

It can be said that vape smoke can leave a film on surfaces only for a few minutes; whether you are vaping inside your home or your car, this can be minimalised dramatically by opening a window.

Learn more with our article is vaping illegal indoors for further insights.