Published June 8th 2022
This article discusses whether vaping is illegal indoors and if vaping leaves stains. 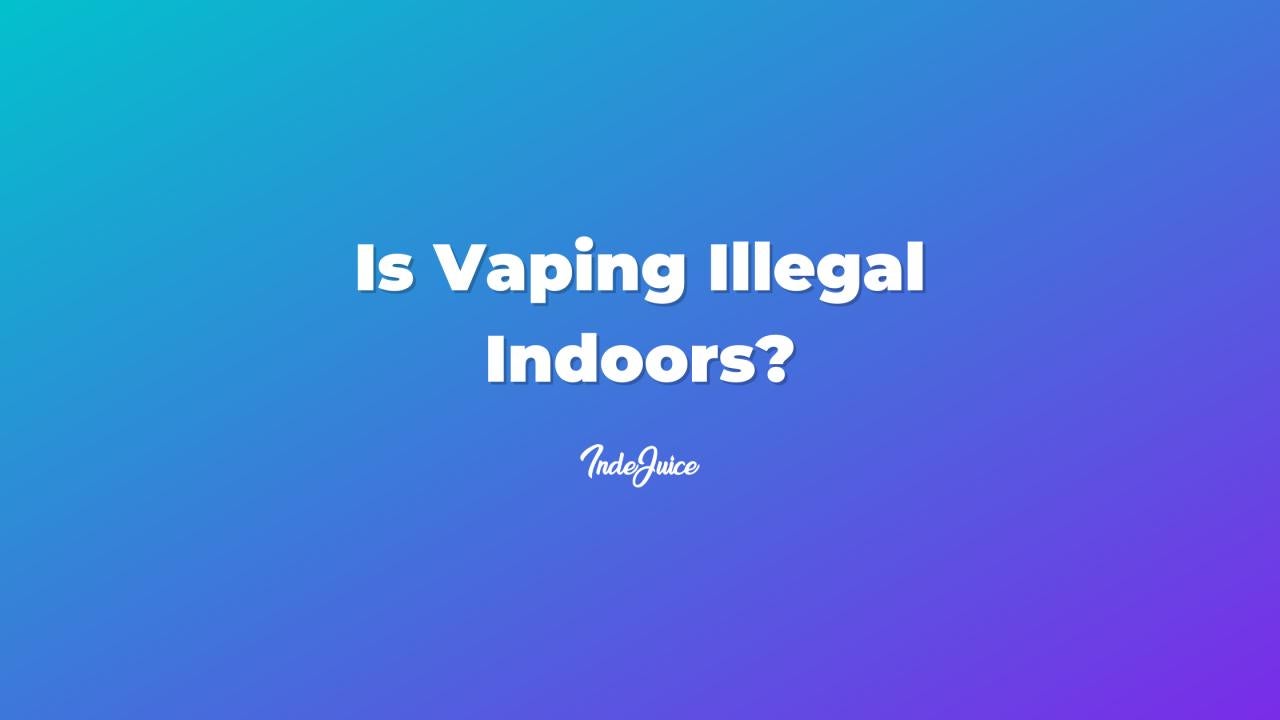 Vaping indoors is not prohibited; it is up to the venue owners to their vaping policies.

Vaping devices and disposable e-cigarettes have grown in popularity since their inception. However, the regulations for using them, especially in public settings, have never been more ambiguous. As a general rule, when a public location prohibits vape devices, it's usually private property, and the landowner will not want others vaping there.

Feel free to vape in the comfort of your own home, and there shouldn’t be any issues about vaping on public grounds. This includes public recreational grounds, urban areas, public roadways, pavements, and other open spaces to which you have access. However, there are certain areas that you might think are public but aren't, and public transportation would be one of the key ones.

Most buses, rails, and tram companies in the United Kingdom do not permit customers to hit their vapes while they are on board as it may compromise the comfort of others who are also sharing the space. Private firms nearly entirely control corporate transportation hubs like railway stations and airports, and the majority of them do not authorise the use of e-cigarettes.

The smoking prohibition does not apply to vapes. Therefore it is not immediately unlawful to vape in confined public venues such as pubs, restaurants, and nightclubs. That implies the venue owner has the last say on whether or not you can vape. Many establishments now prohibit clients from vaping for various reasons. Some individuals dislike the odour of scented vapour, while others are concerned that e-liquid vapour will be mistaken for cigarette smoke. This may entice other clients to smoke cigarettes on the premises, which is illegal.

When deciding whether to vape in an isolated public location, always consider the venue owner's intentions. If a place has a "no smoking" sign, it may specify if e-cigarettes are permitted.

Can You Tell If Someone Is Vaping In Your House?

Clouds of smoke and vape juice flavours can indicate that someone is vaping in your house. However, these disappear after a few minutes of vaping.

Vaping indoors is more popular and acceptable than smoking traditional cigarettes. This is due to various reasons, such as scent and stains. However, if you want to know if someone is vaping inside your house or you're a parent that is worried your child is vaping, the most important thing to check for is vape equipment and products, such as adapters, cartridges, refill packs, vape juice bottles, and so on, that are accidentally left out.

The look of most of these devices may be unknown to many and thus possibly mistaken as components of other technological devices. The second evidence is the prevalence of unusually sweet scents. Parents and guardians may detect odours if a youngster vapes in the toilet or bedroom.

Does Vaping Stain Your Walls?

Vaping can leave residue on walls, which can attract dirt. However, staining normally takes a long time to appear. This can be removed easily with a wet cloth.

Fortunately, the consequences of vaping indoors are significantly milder. Although vaping leaves a deposit on walls that attracts dirt, any discolouration takes a long time to develop, and stains are readily removed with a moist cloth. If you want to reduce staining, vape near the open window or in a well-ventilated place with plenty of airflows.

Only you could determine whether or not you would like to vape in your residence. Although vaping outside is preferable, someone who isn't fearful of a little additional cleaning occasionally may be okay with vaping indoors.

Learn more with our articles can I leave my vape pen in the car and how long does vape smell last?