Which Drag Vape Is The Best?

Published April 28th 2022
In this blog post, we will compare the most popular VooPoo Drag Vape models and help you decide which one is right for you. Keep reading to learn more! 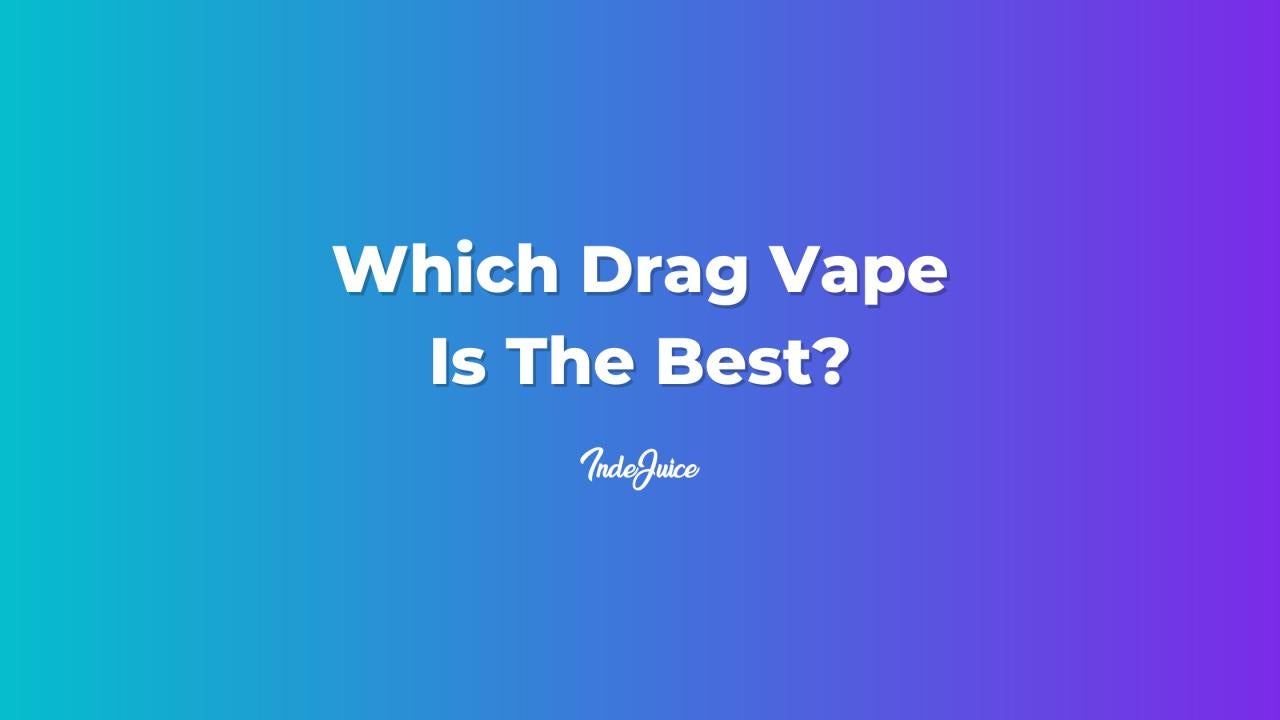 Which Drag Vape Is The Best?

The Drag X plus is one of the best and most upgraded versions in the series, supporting expanded functionality with the same well-known old-school light and sleek design language as the Drag X and the Drag S.

The Drag vape that is the best will be up to your vaping style, your budget, and ultimately, your personal preference.

If you are looking for the thickest clouds, fattest puffs and the juiciest flavours in your vape, then get the Drag X. The 0.15ohm PnP coil works perfectly with the 60-80W range and can only be used exclusively with the Drag X.

The VooPoo Drag S Pro would be my pick if I were to choose. Even though you lose out on the rechargeable 18650 batteries from the stock Drag X lineup, the 3000mAH battery more than makes up for that. To put that into perspective, that’s already the equivalent of carrying one or two rechargeable spares around.

What Is A Drag Vape?

The VooPoo Drag Vape is a Series of vape kits from popular e-cigarette manufacturer VooPoo.

Is Drag A Good Vape?

The Drag series, consisting of the Drag S, the Drag X and the Drag X plus, has long been praised for its sleekness of design, clean design language, and style.

The Drag Series is versatile, using the PnP coils previously popularised by the Vinci lineup. Though they ship with 0.3ohm resistance coils for both the Drag S and the Drag X and a 0.15ohm mesh coil for the Drag X, they are just as suited for Mouth To Lung (MTL) vaping as they are for Direct To Lung (DTL or Sub-ohm) vaping.

Is Voopoo Drag A Good Mod?

The VooPoo Drag is a great mod that gives the user more control over their liquid, vaping methods, airflow, power delivery, and still drips with style.

The Drag series may be technologically advanced and quite cutting edge in its ability to link and be compatible with VooPoo’s whole line of PnP coils, but that doesn’t mean it was ever lacking in style. The Drag mods deliver in spades in aesthetics and work well doing it.

The VooPoo Drag Vape is great. More than you could ever hope for. The Drag Vape is designed for the conscientious user, making sure to lay on the old school grooves with new carbon-fibre inlays, a see-through tank where one can see the unique VooPoo PnP heating coil loaded, and a menu system that gives the user control over power and airflow.

The Drag Vape is a best-in-its-class for delivering solid performance without sacrificing versatility and functionality and deserves a spot in any vape enthusiast’s collection.

Interested in learning more about the Drag vapes? Check out our blog on can Drag S Pro use PNP coils for more vape kit insights.