Is Drag X Plus Better Than Drag X?

Published April 27th 2022
In this blog post, we'll compare Drag X and Drag X Plus to help you decide which one is the best fit for your needs. Both of these e-cigarettes are great options, but let's take a closer look! 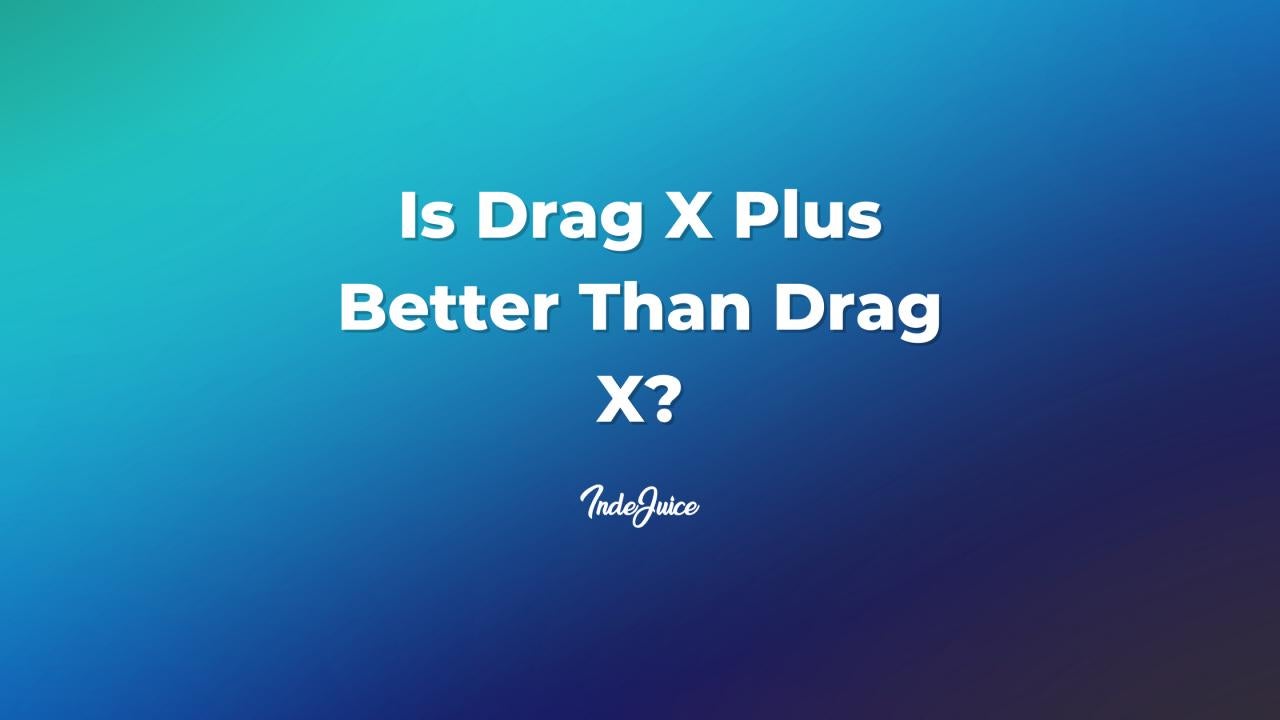 Is Drag X Plus Better Than Drag X?

Yes, without a shadow of a doubt - the Drag X Plus is better when it comes to versatility. With a 510 connector, more power and a new TPP tank, which incorporates the new TPP coils, this is an upgrade you must have.

The Drag X Plus and the VooPoo Drag X kit are both single-battery modifications to reach the VooPoo’s shelves. The Drag 3, its predecessor, received fan-favourite love, but the tank system left many users desiring better-looking vape pens.

Before we dive into the specifics, let’s talk about some of the key things that made the VooPoo Drag X beloved. First, the Drag X kit came with a slightly longer shape than its counterpart; the Drag S. The Drag X went with a fully functional, easy-to-open battery tray. This unveiled the housing for the 18650 battery housed in its chassis, which could be easily removed and replaced. So, for those who already had 18650 batteries laying around or expected to be outside for long periods without being able to charge their device, the Drag X was a godsend.

The Drag X Plus improved by a mile by adding a 510 connector. The 510 connector or as many like to call it, the connector that could, allows the Drag X Plus to straddle between using the 21700, and 20700, along with the original 18650 battery series. This allows more hardcore users who already possess these batteries to slot them into their Drag X Plus device easily.

The Drag X Plus has also improved the maximum wattage to 100W off of this change in battery compatibility, a move that gives it 20W over the Drag X.

The Drag X Plus comes with VooPoo’s new TPP tank, which stands for Tank pod Push, and it can be used on the Drag X Plus due to the same 510 connector mentioned above. This means more technology and higher capacity for those still wanting a discrete machine with an old-school charm.

Regarding its design, both the Drag X and the Drag X Plus stick to manual fire only, meaning that inhaling won’t trigger the machine to produce a puff cloud. This may seem like a tiny change, but for vape enthusiasts, it represents a kind of design decision that shows that this vape is for serious enthusiasts and helps to prevent accidental triggering.

Of course, being part of the lineup, VooPoo’s Drag X Plus is compatible fully with the wide range of PnP coils and TPP coils. These coils range from smooth, high impedance ceramic coils made for mouth to lung vaping to high wattage, extremely-low impedance mesh coils made for sub-ohm goodness.

Lastly, as of a few months after its release, the Drag X Plus has added a Professional Edition to its roster. The VooPoo Drag X Plus Professional Edition adds a boost chip to the Drag X, which might not seem like much if you are a casual user. Still, for enthusiasts, the boost chip goes a very long way in making this device viable as the main driver for a very long time.

If you're still undecided, check out our article on is VooPoo Drag X any good for more information.