How Long Does A Vape Tank Last?

Published April 28th 2022
How long does a vape tank last? The answer, of course, depends on a variety of factors. In this article how long a vape tank should last and how to know if your vape tank is bad. 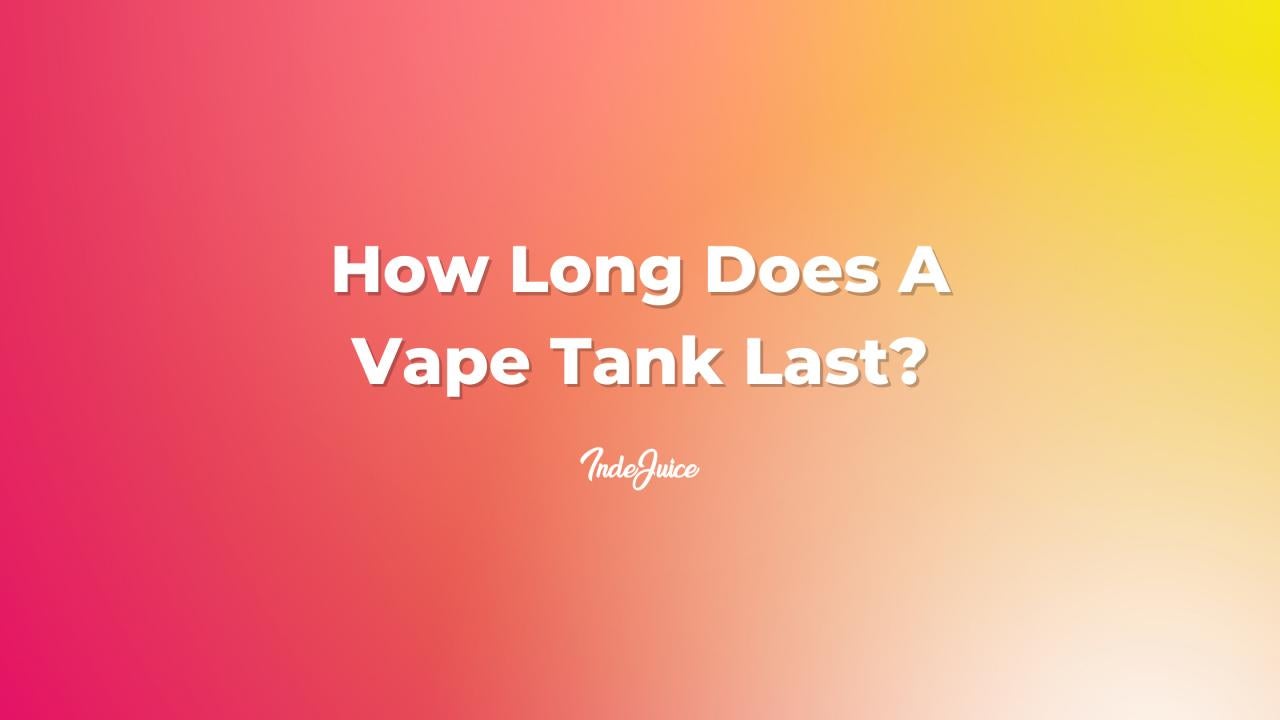 How Long Does A Vape Tank Last?

A tank itself can be used repeatedly thanks to the ability to replace almost every part on a majority of vape tanks, such as the glass, the O rings and even the mouthpiece/drip tip.

There are also tanks called cartomisers which are prefilled cartridges that are made to fit onto the early cigarette shaped vapes and these cartomisers usually last anywhere between 150-200 puffs. When the cartomisers are dead, you then throw them away and replace the entire cartomiser.

How Do You Know If Your Vape Tank Is Bad?

Your vape tank is bad if you're not getting as much flavour or vapour production as you used to, this could be an issue with the connection between the battery and the tank itself. You should also look out for any leakages. This is usually caused by a broken glass that can be replaced, but if your glass is intact and you notice leaking, specifically out of the airflow holes or near the filling hole, then this is a sign of a bad tank.

If you ever notice that your liquid changes colour to a darker shade but your coil is working perfectly, this could be another sign of a bad tank. If the tank is quite old and has been used a lot, then some residue can stick inside the tank and start to contaminate the new liquid, which can turn it into a darker shade. If you notice any of these, it may be time to look at a new vape tank.

On most occasions, it will more than likely be your bad coil and not your tank.

If you'd like more insights on vape tanks, check out our blogs on what is best vape tank and what vape tank blows the biggest clouds?

Learn about the most important aspects of a vape tank including components, lifespan and how to maintain vape tanks for vaping.

When Should I Change My Vape Tank?

How often do you need to change your vape tank? It depends on a few factors - in this blog we'll take a closer look at why it's important to keep your tank clean and when you should change it.

Are All Vape Tanks Compatible?

In this article, we'll take a closer look at the compatibility of vape tanks and whether they can be used in different types of kits.

In this article, we'll take a look at the different types of vape tanks and their sizes. We'll also discuss the benefits of each size tank and help you decide which one is right for you.