Published April 28th 2022
In this article, we'll take a look at the different types of vape tanks and their sizes. We'll also discuss the benefits of each size tank and help you decide which one is right for you. 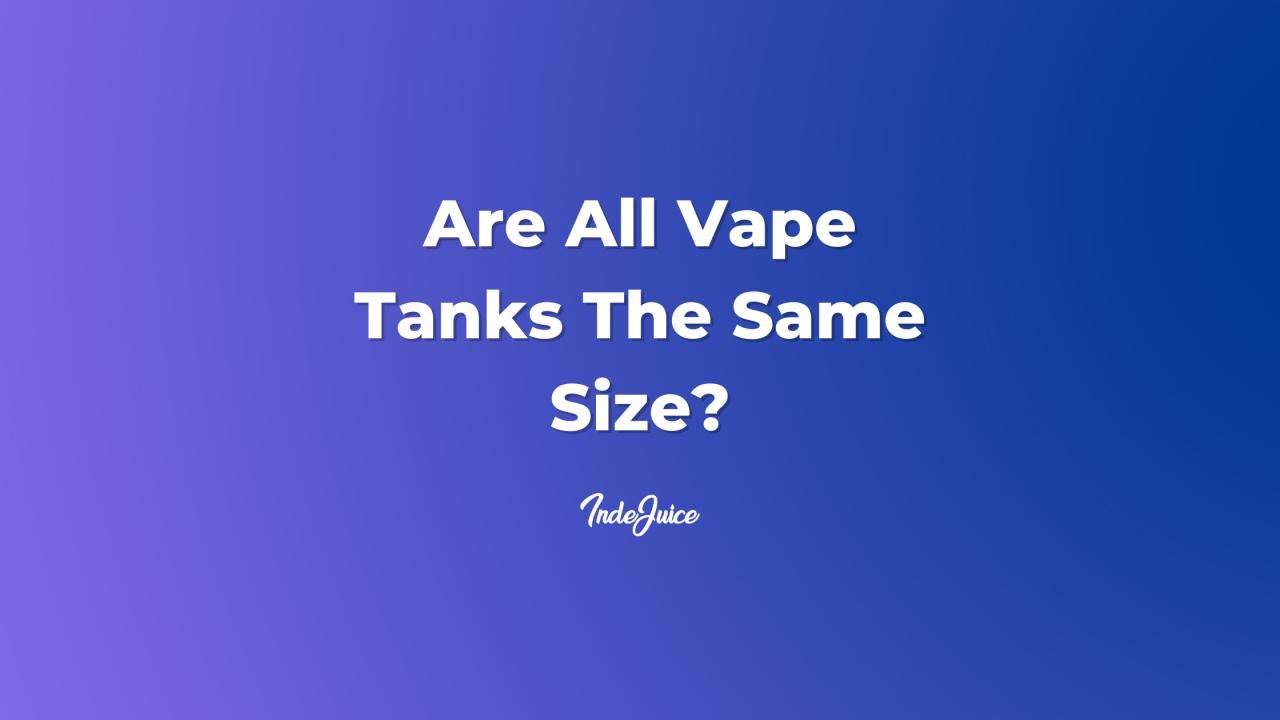 All vape tanks are not the same size. Since TPD regulations came into force in the UK in 2017, it is now illegal to sell a vape tank that has a higher e-liquid capacity than 2ml.

Any vape tanks made before these regulations came in can no longer be sold legally. Most tanks sold will come with a 2ml tank, whether the tank is purchased alone or as a full kit. You will find that smaller devices such as the Aspire K2will come with a slightly smaller tank size of 1.5ml so that it still looks aesthetically pleasing when connected to the matching battery.

All sub-ohm tanks on the market currently will come with a standard 2ml tank capacity. Disposable vape devices will usually come with a 1.5ml tank or a 2ml tank that is already pre-filled and can not be refilled or replaced.

Why are vape tanks only 2ml?

TPD regulations state that nicotine cannot be present in an e-liquid tank greater than 2ml.

The Tobacco and Related Products Regulations (TRPR) and retailers, manufacturers and users of vaping kits have objected to some of the guidelines due to them being without background or justification. This is inconvenient as it means refilling your tank more often than usual. Still, many manufacturers sell spare parts such as 'Bubbled glass' or 'Bulb glass' that can be put on a tank to give it a slightly larger capacity than 2ml. Still, the tanks themselves can not be sold with a higher capacity than 2ml, so these glasses need to be purchased separately.

You may still find vape tanks available to purchase on online platforms and vape shops. However, these should not be in sale in the UK and are illegal for general sale.

Can You Buy Bigger Vape Tanks?

No, you can not buy bigger vape tanks than 2ml. However, you can buy spare parts such as a bubble glass, which offers you a larger e-liquid capacity; however, this depends on the brand you are using as not every manufacturer offers this.

Many manufacturers that make tanks now offer a 'Bulb glass' or 'Bubbled glass' separately, which can replace the standard glass on your tank, which allows a larger capacity for more e-liquid.

On average, when a bubbled glass has been added to a tank, it takes the capacity up to 4ml, but you can, in some cases, find larger glass replacements depending on the brand. The SMOK TFV Mini V2 and the Voopoo PnP tank are just two tanks that can support a bubbled glass to give you a bigger e-juice capacity.

Check out our blog on are all vape tanks compatible for more information on the differences between vape tanks.

Learn about the most important aspects of a vape tank including components, lifespan and how to maintain vape tanks for vaping.

When Should I Change My Vape Tank?

How often do you need to change your vape tank? It depends on a few factors - in this blog we'll take a closer look at why it's important to keep your tank clean and when you should change it.

Are All Vape Tanks Compatible?

In this article, we'll take a closer look at the compatibility of vape tanks and whether they can be used in different types of kits.

This article looks at which vape tanks produce the biggest clouds alongside the coils it uses.