Is VooPoo Drag Mouth To Lung?

Published April 28th 2022
The VooPoo Drag devices have quickly become a popular choice for vapers, with many people using them as their daily vape. But can they be used as a mouth to lung vape? Read on to learn more. 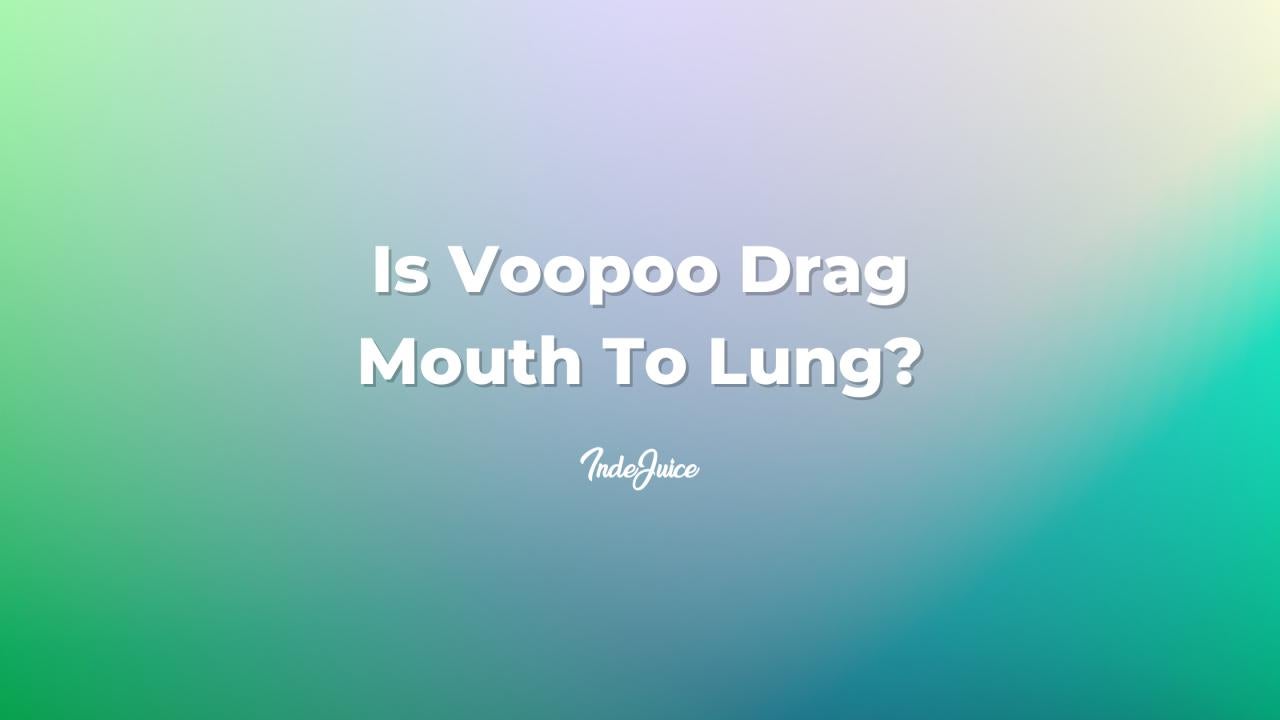 Is Voopoo Drag Mouth To Lung?

This means also that VooPoo users, such as Drag X users, can enjoy not only MTL vaping, but get to choose between restricted and loose MTL puffs. This is aided also by the adjustable airflow on VooPoo’s Drag models.

Another interesting thing about the VooPoo models is that because they are so interchangeable and versatile, you can choose a high-wattage model with a boost chip like the VooPOo Drag X Pro. This way, even as an MTL vape user, you can experience high wattage but through a low wattage, high impedance coil that will produce the smoothest of smooth flavour and vapour draw.

Yes. The VooPoo models can all use their custom PnP coil selection which will let the user not only customise between MTL and DTL modes but let MTL users customise exactly how loose they want their puffs to be.

Want a restricted airflow? Just adjust the airflow adjustment at the side and pop in a conservative heating coil.

Yes! The Drag 3 works for both MTL and DTL. However, because of its overwhelming power output and functionality for a machine this size, the Drag 3 is better suited for DTL vapers.

The 510 connection on the Drag 3 also means you can connect it with TPP and TPP-X pods, along with tanks like the VooPoo PnP and the VooPoo TPP tanks that will allow you to use larger capacity e-liquid tanks.

The 510 connector that makes this happen also allows the drag 3 to be cross-compatible with much of the VooPoo’s PnP collection.

Yes, Drag X is an MTL vape kit, but not exclusively so. Just like other VooPoo models, the Drag X is designed both for MTL and DTL vape styles.

MTL stands for mouth-to-lung and works by usually using higher resistance, lower wattage coils in relation to low VG or balanced e-liquids for a smooth draw and limited vapour production.

Yes! However, for the best MTL experience, consider swapping out the PnP coil that comes with the Drag S and changing it for one of the ceramic mesh or Kanthal Mesh, high resistance and lower wattage PnP coils that VooPoo has.

Since the Drag S features airflow control and minute power adjustments, the drag S is a perfect device for making sure that your MTL experience right down to the last bits of vapour is just right for your puffing preferences.

Lastly, the connector in Drag S means that the VooPoo device is compatible with both its TPP and PNP pod tanks. This means it is simple to customise the device such that the device is allowed to store large amounts of e-liquid at a time, reducing the amount of hassle and time spent in filling and refilling pods.

For more information on VooPoo devices, check out our article on how much is a Drag vape?