Do Vapes Keep You Awake?

Published May 17th 2022
This article discusses whether vaping keeps you up at night and if it causes nightmares. 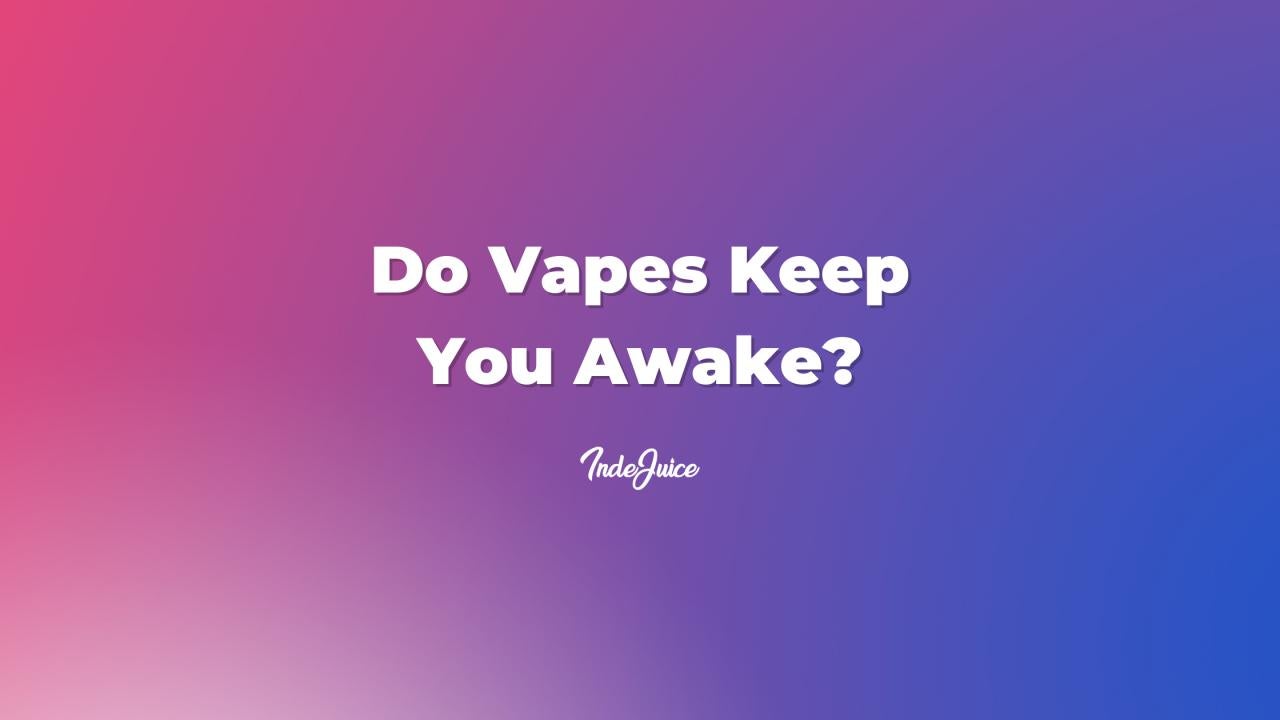 Do Vapes Keep You Awake?

Yes - vaping nicotine directly before going to sleep can cause you to remain awake for longer. This is because nicotine is a stimulant. Like caffeine, nicotine causes alertness, so it is not an ideal time to vape if you are trying to sleep.

Sleep scientists have long studied sleep and have concluded that 4 stages of sleep make up 1 sleep cycle. The average person goes through 4-5 sleep cycles per night.

The first three stages are Non-REM (Rapid Eye Movement) sleep Lastly, stage 4 (REM sleep) can last up to 1 hour, and as per the name, your eyes though shut, are rapidly moving along with the muscles needed to breathe and that is all.

When nicotine users decide to use their vape before bedtime, they shorten the time spent in stage 3 and stage 4 sleep, thus reducing their time asleep.

How Long Before Bed Should I Stop Vaping?

It is recommended that you avoid nicotine-containing vapes for up to 2 hours before trying to go to sleep. Although trace amounts of nicotine can be found in urine for up to 3 days after consumption, the effects of nicotine usually wear off within 1 to 2 hours after initially consuming.

This is because nicotine is a stimulant, causing the user to have a heightened sense of alertness. If you wish to vape before going to sleep, why not try a nicotine-free e-liquid to trick your mind into the satisfaction of obtaining a nicotine hit.

Can Vaping Cause Nightmares?

No, vaping does not cause nightmares. Most dreams occur between stages 3 and 4 of sleep. The effects of nicotine will have worn off by the time you enter the main stages of sleep.

The constant absorption of nicotine throughout sleep (use of nicotine patches whilst sleeping) has been shown to cause more vivid dreams. Still, as vapers, nicotine will be consumed before sleep. As such, by the time you enter stage 3 and stage 4 of sleep (where most dreams occur), the immediate effect of nicotine most likely will have worn off, and as such, you will not experience very vivid dreams or nightmares.

Absorbing nicotine whilst sleeping has been shown to cause more vivid dreams in users when compared to people who do not use nicotine. A study that looked at nicotine patches on test subjects showed several things. Firstly they had a more fragmented sleep. Secondly, less REM sleep whilst non REM sleep was unaffected by the nicotine. Lastly, and most interestingly, REM dream quality increases, with a higher frequency of imagery (i.e. more vivid dreams).

Learn more about health subjects around vaping with our article can vaping affect your heart?