Can You Vape In A Hospital?

Published June 8th 2022
Let's take a closer look at the regulations governing whether you can vape in a hospital. 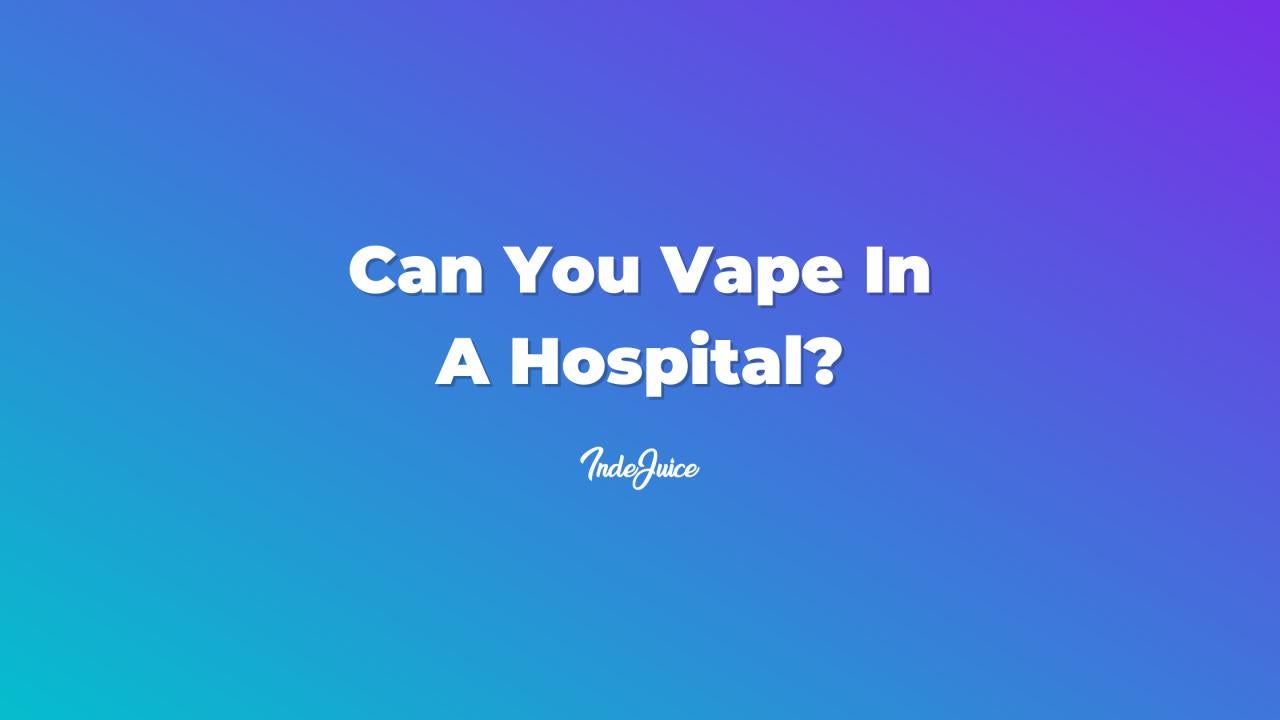 Can You Vape In A Hospital?

Vaping in hospitals are prohibited; however, there are designated areas outside of the hospital where you can vape.

Vaping generally follows the same rules as cigarette smoking. You must be inside a vaping/smoking designated area if you want to vape disposables or any other e-cig, generally situated outside the hospital grounds. Even though Public health England has deemed vaping 95% less harmful than traditional tobacco smoking, it is still not promoted within vicinities, and the rules should be followed regarding where you can vape.

Electronic cigarettes use batteries to power a circuit and heat a liquid that typically contains nicotine to produce vapour. E-cigarette devices come in various forms and sizes, including smokes, pens, pipes, and other items. Their characteristics also differ. Some devices have low-voltage batteries with temperature control; some have changeable and relatively high batteries capable of producing high temperatures.

Any use of e-cigarettes in institutions is contentious, with differing rules in different countries and within nations. Whether the benefits of e-cigarettes outweigh the risks is at the heart of the discussion. Vapes can help lower the damage caused by tobacco smoking by assisting individuals in stopping or converting to a less hazardous nicotine delivery mechanism. It is no surprise that, unlike the strict cigarette regulations, some hospitals permit electronic cigarette usage in health care facilities but not in communal areas. Some other hospitals prohibit use in hospital buildings but allow vaping on designated hospital premises, which are generally situated outdoors.

It is important to note that patients are not authorised to recharge e-cigarettes inside the institutions even if they allow inpatient usage due to safety considerations; recharging must be conducted by staff nurses or at home by family. Some regulations may even prevent users from restocking equipment with e-cigarette liquids, encouraging them to use prefilled devices instead. Non-rechargeable device disposal must also be regulated by providing designated containers for battery collection. The additional effort necessary to allow e-cigarette use in hospitals is significant, but it is deemed justified by the hospital's delivery of tobacco harm reduction.

We advise that you are cautious with e-cigarettes, especially in hospitals if you would like to vape while on hospital premises, consult someone who works at a hospital or go outside for a vape break instead.

Learn more with our article can vapes be fashionable?