Published May 19th 2022
In this article, we discuss the facts of vaping and what are the benefits of vaping over smoking. 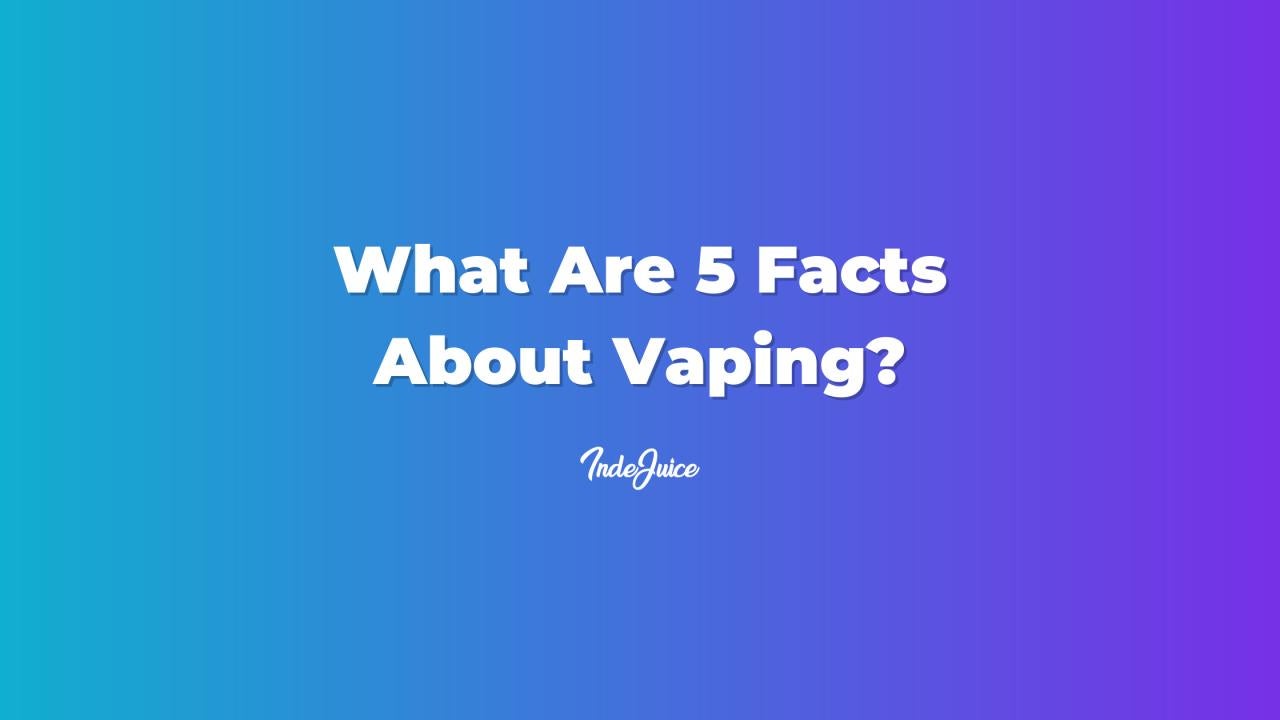 When purchasing an e-cigarette, disposable ecig or e-liquid, you will find that most of these products will contain nicotine. Most disposable vapes on the market will have at least 10mg (1%) or 20mg (2%), and the e-liquid used in these devices is nicotine salts.

Studies show that vaping products can contain some harmful substances that can be a worrying issue for the user. One of the toxic chemicals that stands out is Formaldehyde; This chemical can be found in washing detergents and body wash products. We can be naturally exposed to small amounts of Formaldehyde in the air; however, when consumed in higher doses, this can cause a problem for a user.

Vaping can sometimes be advertised as a way to quit smoking and get rid of the addiction. However, this is, in fact, not true. As vaping still contains nicotine, which is the addictive substance in traditional cigarettes, vaping is still addictive. Vaping is 95% less harmful than smoking conventional tobacco products.

As the use of traditional cigarettes smoked by young adults is steadily declining, we see this replaced with vaping.

E-cigarettes Are Not Safe Just Because They Are Water Vapour

A common misconception about vaping is that just because it produces water vapour instead of smoke, this is safe. This is not true. Although the water vapour may not be harmful, the chemicals that are inside e-liquids can cause a threat to the user's health.

Are There Benefits To Vaping Over Smoking?

E-cigarettes are not entirely risk-free, and they do have a small fraction of the risks found in smoking traditional cigarettes. E-cigarettes do not produce tar or carbon monoxide, which are two of the most harmful chemicals found in cigarettes, making vaping much more beneficial to the user than smoking tobacco products.

Vaping does not come with the lingering smell of burnt tobacco found when smoking cigarettes; having a wide variety of different flavours to pick from will make the vapour smell pleasant, but this can sometimes be overpowering.

What Is The Benefit Of Vaping?

Some of the main benefits of vaping are; Vaping does not produce harmful chemicals found in cigarettes. Vaping is cheaper than smoking. Vaping is less harmful to those around you. Vaping can help you quit smoking.

Vaping Does Not Produce Harmful Chemicals Found In Cigarettes

When smoking traditional cigarettes, burning tobacco produces harmful chemicals such as tar and carbon monoxide. Over some time, these chemicals can have an extremely negative effect on the user's physical health. Vaping will not produce these harmful substances, making it a safer alternative to smoking cigarettes.

Vaping Is Cheaper Than Smoking

Vaping is cheaper than smoking. The average price for a pack of cigarettes today is between £10-£15 for a pack of 20, which will last a smoker 2/3 days. Vaping, on the other hand, can be much cheaper. The average cost of a disposable vape is roughly £5, and one of these will last the user between 2/3 days. A refillable vaping device can cost the user anywhere from £15 to £50. These devices can last long periods. The average cost of e-liquids costs between £3-£15, depending on the type of e-liquid and vaping style you choose.

Vaping Is Less Harmful To Those Around You

As vaping does not produce the harmful chemicals produced when smoking cigarettes, vaping is much safer for those around you than when smoking traditional cigarettes.

Vaping Can Help You Quit Smoking

Although vaping is advertised as a way to quit smoking, it's best described as a safer alternative to smoking and less harmful. If you vape strategically and slowly, gradually reducing the nicotine strength, you will slowly be able to kick the addiction to nicotine and stop vaping entirely.

Learn more with our article how does vaping damage your brain?