JUUL And The Alternatives: Exploring Your Vaping Options 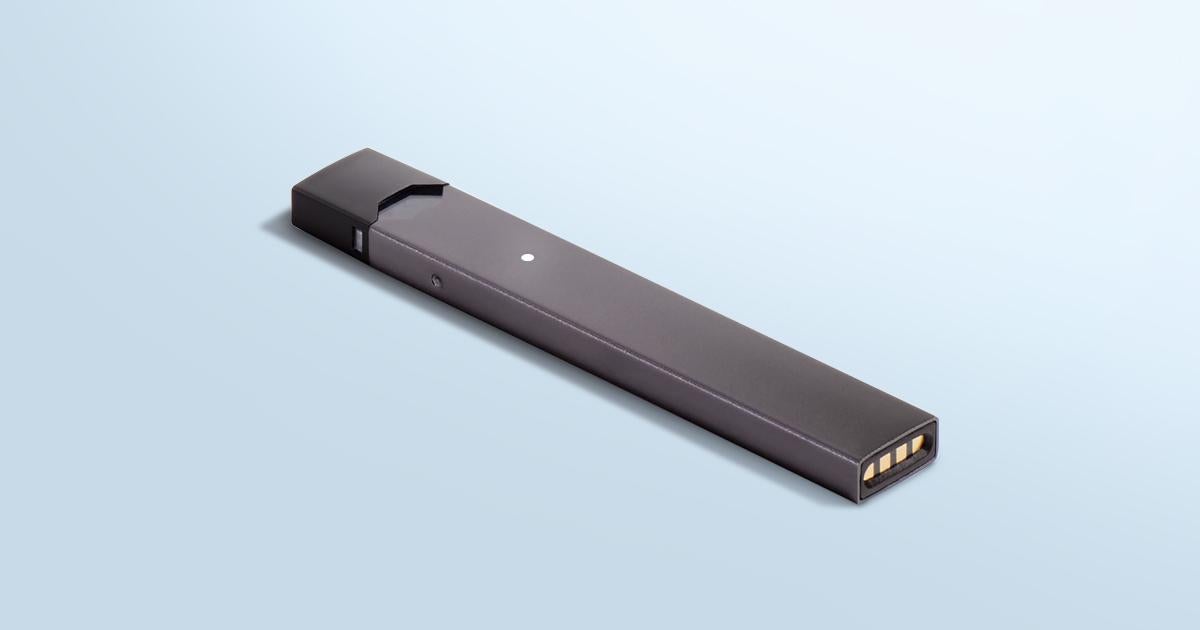 Electronic cigarettes first hit the market well over a decade ago. They’ve become increasingly popular on IndeJuice since being made available to the public back in 2007.

In fact, more than 40 million people across the globe have switched to vaping according to a report released earlier this year. This shows an increase of 122 percent over the last six years alone. In contrast, conventional cigarette sales have dropped annually during the past two decades.

Numerous vape pens and mods have been developed over the years. Each one offers its own set of positive features and disadvantages. Of course, one of the most well-known names in the vaping world is JUUL. Vapers, cigarette loyalists, and non-smokers alike tend to recognise this brand. Based on figures from 2018, JUUL makes up more than 75 percent of the e-cigarette market.

Taking a Closer Look at JUUL

JUUL’s skyrocketing popularity can be attributed to many factors. It offers quite a few of the features people look for in a vape pen. It’s small even compared to many of the most discreet models on the market, so it easily slips into a pocket, purse, or palm. Since it doesn’t produce massive clouds of smoke, vapers can use the JUUL product virtually anywhere without making it incredibly obvious.

This particular brand is known for its ease of use, too. There are no complicated combinations to figure out with this nicotine delivery method and the vapour produced is very similar to a puff of smoke. You don’t even have to push a button. Though menthol and tobacco are the only cartridge options currently available in the United States, JUUL’s vast assortment of flavours was one of the original driving forces behind its sales. Despite the reduced selection, it continues to be a mass market leader.

Still, the brand does have a few downsides. Their previously mentioned reduced flavour variety is another weak point for many vapers. JUUL pods don’t hold very much juice, so users constantly have to replace them. You can’t get replacement pods from other flavour brands either. On top of that, JUULs tend to be lacking in power, and their batteries don’t hold out as long as many other brands.

Before we delve into some of the best alternatives to JUUL, let’s look at a few basic points. Dozens of vape mod and pen models are available. They range from small and inconspicuous like the JUUL to large devices. You also have open and closed pod or cartridge systems. Closed systems, like those that come with JUULs, are pre-filled with nicotine liquid. Once they’re empty, that’s it. You throw them out and buy new ones.

Open pods and cartridges are refillable, so you don’t have to constantly purchase new pods. Simply purchase extra vape juice in any strength and flavour from any manufacturer, and refill the pods as needed. Open systems are also generally less expensive.

JUULs are exactly what many people want in a vape pen, but they’re not the perfect choice for everyone. If you’re looking for a device to replace your JUUL or want to avoid this product altogether, plenty of other options are available. Let’s explore some of the best and most popular. 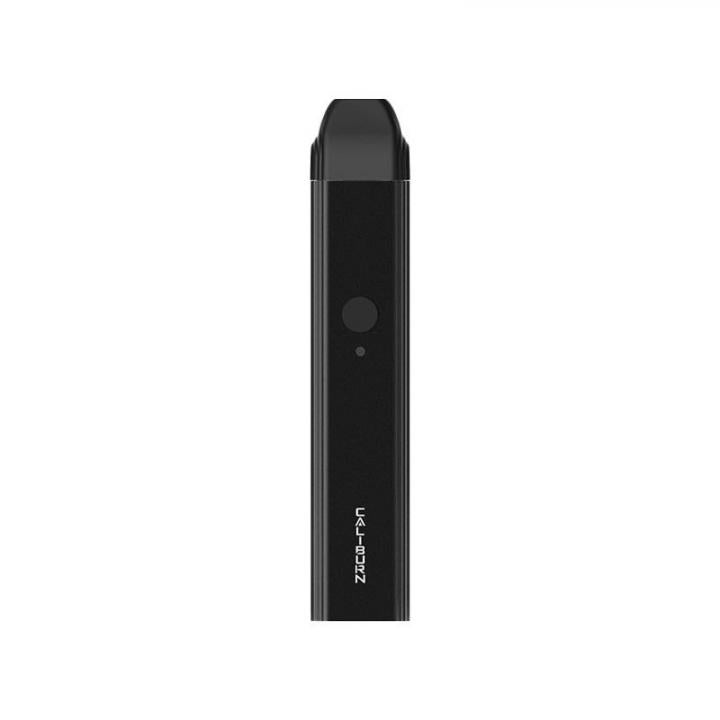 The UWELL Caliburn is our number one choice as an alternative to JUUL. It features similar auto-draw technology which means that you do not have to push a button to activate the device. It is slightly larger than the JUUL but is not significantly bigger by any means.

The Caliburn coils used on the device are also brilliant. With many reviewing the cartridges and noting their 2 week life span, this is a great and inexpensive way to which to vaping with an open pod system and have access to the large range of liquids that open systems benefit from. 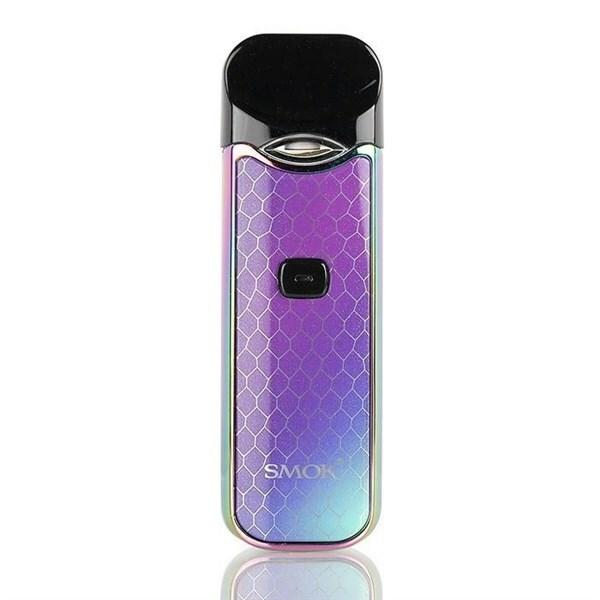 SMOK’s original Nord is a bit larger than the JUUL, but users say it’s just as discreet and manageable. The Nord’s batteries last longer as well, and its pods hold more juice. That means you don’t have to recharge it or change out the pods nearly as often. Another strong suit of the SMOK Nord is its open-pod system. When the e-liquid runs out, just refill the pod with your vape juice of choice.

Additionally, the Nord has interchangeable coils. As we mentioned, one of the reasons so many people love the JUUL is its wispy, barely noticeable vape clouds and fairly light throat hits. Nord has a coil for that. Of course, many people prefer a stronger hit and a larger, more satisfying cloud. There’s a Nord coil for those as well. Other options in between the extreme ends of the spectrum are also available.

With four times more battery power, up to three times more wattage, and nearly three times the pod capacity of the JUUL, the SMOK Novo 2 is quickly becoming a crowd favourite. Though prefilled pods are available for this model, they’re also refillable for those who want the freedom of an open-pod system. It also features an LED indicator to let you know how much battery is left. If you’d like some of these features for a smaller price, you might consider the original SMOK Novo.

At the time of writing, Sourin has been considered a leader in the e-cigarette industry, and its Shine vape does just that. Its size and weight closely resemble those of the JUUL, but you’ll get far more life out of its battery. Shine’s coils generate a consistent and satisfying vaping experience as well. Be sure to check out all the other variations Suorin offers, too, like the Drop, Reno, and Air Plus.

So far, we’ve covered vape pens for those who are seeking out a JUUL alternative. If you want to branch out in a completely different direction, though, consider trying Lost Vape’s Orion Q. It’s a mod-style vape, so it’s much bulkier than the JUUL. That said, the Orion Q allows you to customise the entire vaping experience from the airflow and throat hit to the type of e-liquid you use.

The Voopoo Drag X is perfect for those who are transitioning from small, sleek pens to bulkier mods, the Drag X is a nice compromise. It’s smaller than many of the other mods on the market, but you still get the mod experience. A leather exterior makes the Drag X easy to hold. It has an extensive battery life with the ability to switch out the removable 18650s, convenient magnetic open-system pods and a beautiful airflow slider giving you the ability to adjust pressure with ease.

Quite a few people swear by JUUL, but many are looking for other options. You’ll find no shortage of alternatives on the market. Those we’ve mentioned here are only a few of the other pens and mods at your disposal. Browse our selection of e-cigarettes, pods, and e-liquids to find the perfect combination to create your perfect vaping experience.

How Long Should I Wait Between Vape Hits?

In this article, we discuss how long you should wait between vape hits and the number of puffs a day you should take.

Do I Need To Keep Vape Upright?

In this article, we discuss if you should keep your vape upright and the issues with laying down your vape including leakage.

What's The Most Popular Vape?

In this article, we discuss the most popular vapes and whether disposable vapes are worse than mods.