Published December 30th 2018
Public Health England recently published a video showing the effects of smoking vs vaping. This article explores just how shocking that study is. 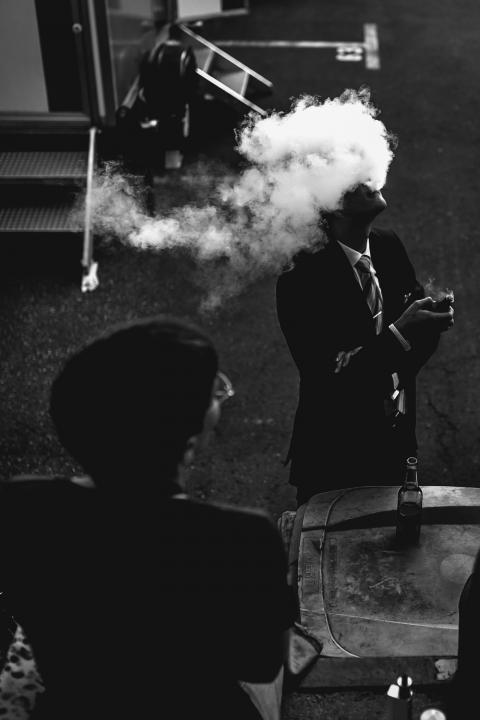 If you’ve been on social for the last week you probably felt the shockwaves spread through the BBC, Sky News, The Guardian and all other corners of social media on the surprising news that there may be something to this ‘eCigarette’ thing after all.

Is it so shocking that Public Health England (‘PHE’) are maintaining their stance that vaping is 95% less harmful than smoking? To really understand why this newly published video, but fairly old news, is taking the press by storm, we really have to take a deeper look into our current climate and understand what the majority public perception of vaping really is and why.

If you’re reading this thinking ‘come on, I already know vaping is less harmful than smoking, tell me something new’ then you should certainly take pride as an enlightened being on this floating sphere. The fact is that 44% of smokers in the UK:

"either believe that vaping is as harmful as smoking or don’t know that vaping poses much lower risks to health." (PHE 2018).

So what exactly is going on? Why does such misinformation still exist?

We really think it comes down to three key things:

Cigarette smoking was part of everyday life in the sixties. Heck, kids as young as ten took up smoking and there was zero regulation on advertising. Like myself, if you didn’t grow up in the sixties, it’s quite difficult to truly appreciate just how normal and non-stigmatised smoking cigarettes really was. This advert really brought it home for me:
More doctors smoke camels than any other cigarette

We now live in a world where children just seem to know that cigarettes are a bad product, a bad concept, a bad word. And they are right. But it is in this paradox of semantics that a less harmful and more helpful alternative for many of those addicted remains trapped in the language that would have otherwise reaped benefits for those struggling to quit.

Cigarettes and eCigarettes will eventually lose their immediate association. But it will either take the passing of three or four generations or a widespread adoption of the more accurate descriptor we know as ‘vaping’.

So what’s going on with Juul? What’s the hype about and why’s the media going crazy?

Long story short, Juul has been able to capture a simplistic product design and basic approach into mass market adoption. There is a reason Apple releases only one product innovation every year and ultimately, the only people who end up complaining about the lack of features are the enthusiasts. While die hard vapers see Juul as a featureless or a gimmick, the lack of options and the basic functionality of the product and its vape juice selection has, in it’s simplicity, created a $15 billion company by focusing on mass market adoption. As we all know, where there is such a vast amount of money involved, the media shows up with it’s golden spade.

Combine this flashy new age company with the historical deception and label of the ‘cigarette’, of whose benefactors have extensive lobbying influence in US Policy, and you end up with, at a very minimum, an almost deliberately confused media that keeps those who could benefit the most from making the switch enthralled in the ‘cigarette’ label scare — a situation the media themselves helped birth in the first place.

But it’s almost 2020. Sooner or later, the media will be forced to understand that — well — that sort of stuff doesn’t fly with us like they are used to with previous generations.

Acceptance and The Future of Vaping

If you are among the enlightened, you can almost feel the maturity of science roaming amongst us in a way that is discernibly different to the 1960s advert displayed above. And by enlightened, I don’t mean those who collect vape juice — I mean those who understand that acceptance of an idea or of a scientific concept does not mean that you must love it or even agree with it’s social or political principle.

Acceptance is about abandoning your pre-programmed perception and starting fresh with the desire to gain real and true knowledge. So with that, we’ll leave you with these powerful words from the men and women with the lab coats.

The false belief that vaping is as harmful as smoking could be preventing thousands of smokers from switching to e-cigarettes to help them quit. I hope this illustrative experiment helps people see the huge damage caused by smoking that could be avoided by switching to an e-cigarette

I regularly give patients advice about quitting and when I recommend e-cigarettes, I am often surprised to hear the misconceptions some people have about them. The results of this experiment clearly show that every cigarette you smoke causes tar to enter your body and spreads poison throughout your bloodstream. Vaping is much less harmful than smoking and I really hope this experiment will encourage smokers to make a quit attempt. No matter how old you are, it’s never too late to stop.
Written by IndeJuice Editorial