Does Smoking Indoors Reduce The Value Of The Home?

Published November 26th 2020
Find out the impact on the valuation of your home when smoking indoors, what you can do to avoid a drop in house price and alternative options to protect your house price moving forward. 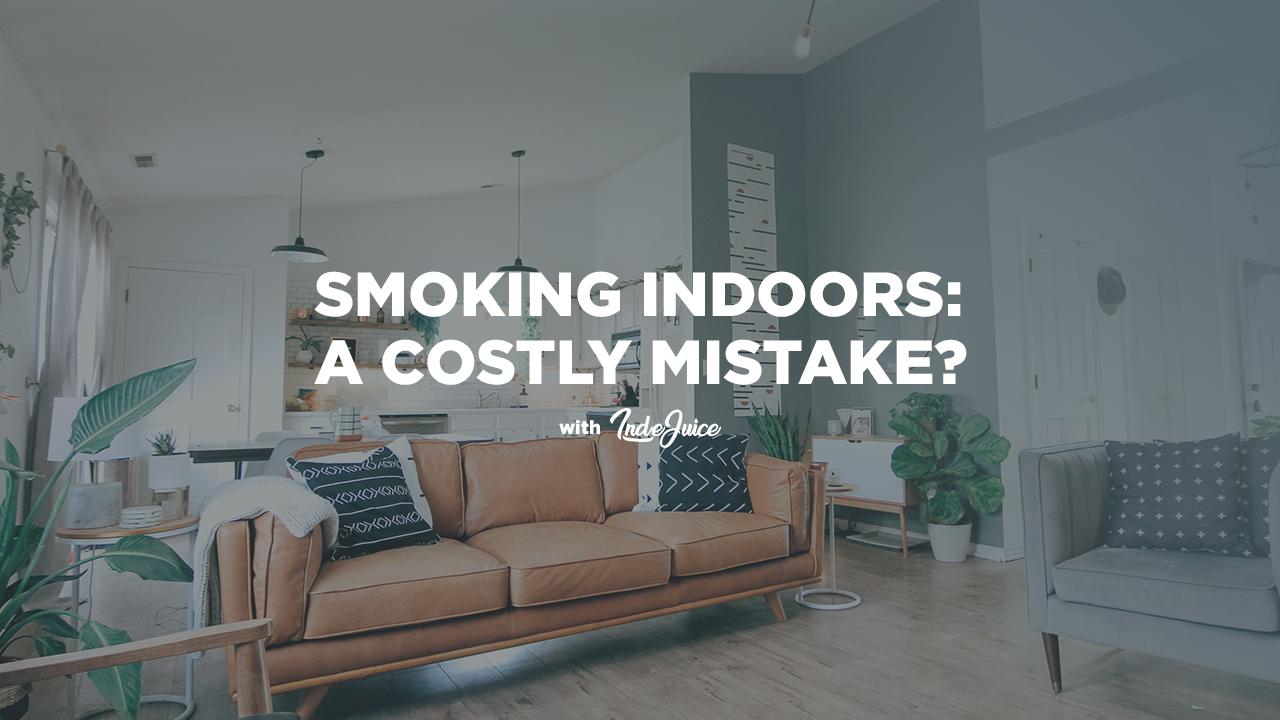 Smoking indoors is a decision many smokers make without realising the impacts it can have further down the road. While they may not be able to notice the smell and may ignore other signs of smoking indoors, like yellowing walls and carpets, others will certainly notice.

When it comes time to sell the home and move somewhere else, smokers may even have trouble finding a buyer because of the stains and the smell. When they do find a buyer, it’s likely the homeowner will have to settle for an amount far below what the house would otherwise be worth just because they smoked indoors.

Potential for a Fire 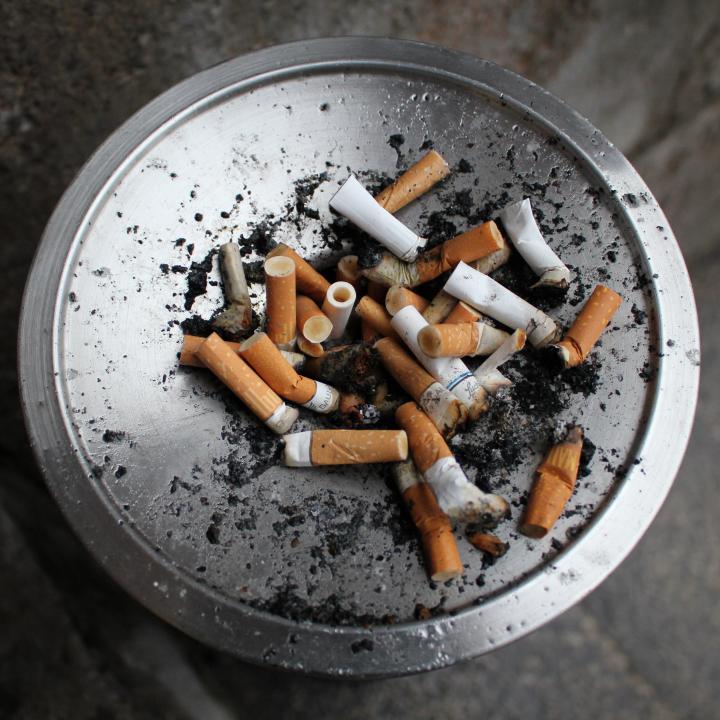 One of the biggest concerns for those who smoke indoors is that there could be a fire. Far too often, someone falls asleep while smoking or puts out a cigarette without realising that it’s not fully out and something in the house catches on fire. Though the damage can be repaired, and hopefully, everyone is able to get out of the house safely, this can have an impact on the future value of a home.

The smell of the house fire is not something easily removed, and there could be far-reaching problems because of the fire that makes it harder to sell the home. Due to the water used to put out the fire, for instance, there could be mould growth within or behind walls. This reduces the value of the home significantly, as the new homeowner isn’t going to want to pay the full value and have to pay for a complete restoration.

Smoking in the house even once can start to cause stains on the walls, floors, and more. Anything in the room with the smoker is going to be coated in the smoke, leading to nicotine and other chemicals getting on just about every surface. Unlike many stains, this isn’t something that can be washed out. 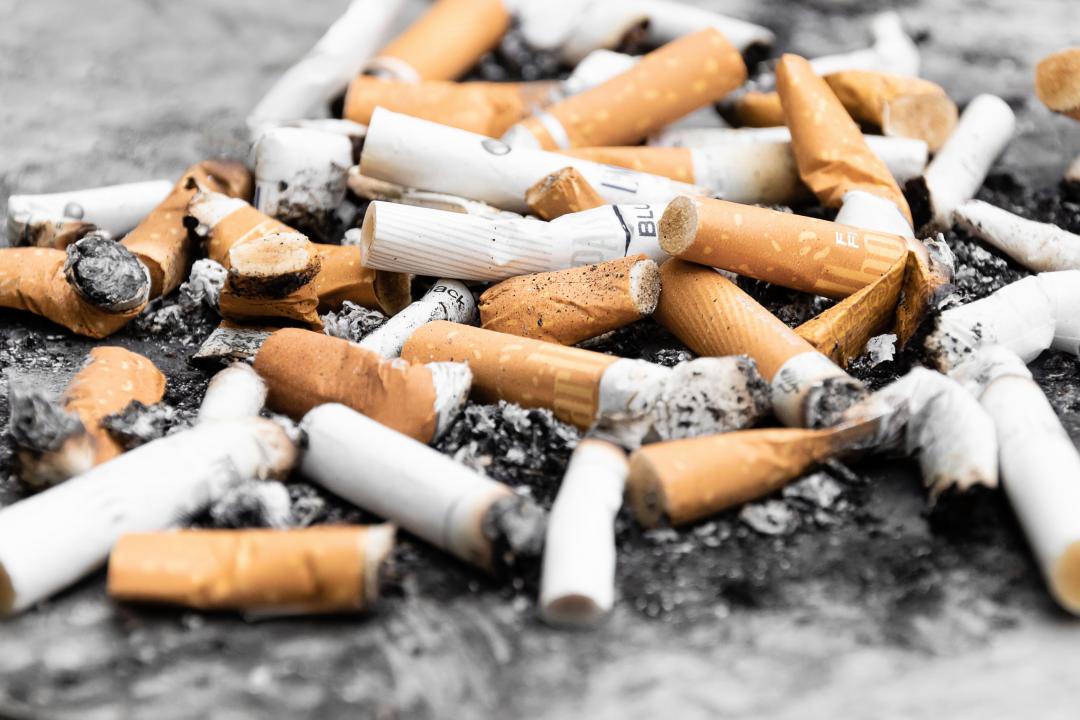 When someone smokes indoors regularly, the walls, carpets, furniture, and more will start to yellow. There isn’t a way to fully clean this. Even if the surface of a material like drywall is cleaned, the chemicals are still inside and will eventually start to seep out again, leading to new stains.

There are paints that can be purchased to help remove the stains from walls. However, it’s unlikely to solve the problem entirely. Eventually, it’ll be possible to start to smell the smoke again.

On the carpets, while fresheners can help for a while, the smell of smoke is likely to come back. There’s no real way to make minor improvements to the home and get rid of the stains and smell completely.

Replacing every surface in the home is costly, so some sellers may try to cover it up and sell the home anyway. However, even if the smoker no longer smells anything in the home, it’s likely that non-smokers will. The majority of real estate agents in a recent study stated that it is far more difficult to sell a home if the residents are smokers.

Non-smokers are more sensitive to the smell because smokers get used to it and don’t notice it as much anymore. This means the potential buyers are going to smell the smoke, despite attempts to hide it, and will likely pass on buying the home.

Reduced Price When Selling the Home

A reduced number of potential buyers isn’t the only issue the homeowner will face. Many real estate agents also state that smoking inside the home will reduce its value. Though the exact amount can vary based on a number of details, it’s possible for the value to be reduced by as much as 29%.

If two houses are otherwise equal, the one that has damage from smoking inside it may be sold for nearly one-third less than the house where there is no damage from the smoking. Even in cases where the decline in value isn’t nearly that much, it still could be as much as 10 percent less than what a similar house would be sold for at the same time.

Cost to Completely Remove the Smell

Smoke damage is incredibly difficult to completely remove from a home. Even if the home is thoroughly cleaned, there is the potential for some substances to still be found on surfaces in the rooms for as much as two months after the smokers are no longer living there. The contamination is likely to linger after vacuuming, wiping down surfaces, and improving ventilation. This means the cost to remove the smell completely is going to be significantly higher than just a thorough cleaning.

To fully remove the smell, get rid of stains, and make sure there aren’t any contaminants in the home so it will be worth more when it sells, it’s necessary to renovate the home. The drywall will need to be removed and replaced, as the contaminants and smells can linger long after the walls are cleaned or repainted. Carpeting will need to be removed as well since it’s almost impossible to remove all of the contaminants from the carpets. Other types of flooring may need to be removed, depending on the amount of damage, and it may be necessary to replace cabinets, counters, and other items that will remain in the home once it’s sold.

While those who smoke may not worry about the damage smoke is causing to their home while they live there, it is going to become a huge problem once they try to sell the home. The contaminants, including smells and stains, are difficult to remove without a renovation and can reduce the value of the home significantly. If you’re thinking about selling your home and someone has been smoking indoors, ask them to smoke outside from now on and look into all of the options available to remove the smell, stains, and other contaminants before you list the home.

One of the key advantages of vaping over smoking is that whilst smoking creates a burning smell that tends to stick to clothing and other household items, the water vapour produces from vaping dissipates quite quickly and does not attach itself to materials.

However, it should be noted that the amount of time it takes for vapour to dissipate is highly dependant on the VG/PG ratio of the liquid being used.

The higher the VG number, the longer the vapour will linger and the more likely it is that a room will appear to be foggy. This means that with sub-ohm mod devices that most commonly use 70VG/30PG vape juices you can expect to see a room get quite cloudy particularly if there is no direct airflow in the room. Whilst the nature of these higher VG juices does leave a room foggy, there is no long lasting smell such as with cigarettes.

With more discrete pod type devices that tend to have a 50VG/50PG composition, vapour dissipates quickly and does not leave a lingering smell whatsoever.