Published June 9th 2022
In this article, we discuss if a vape can set off a fire alarm, read on to learn more! 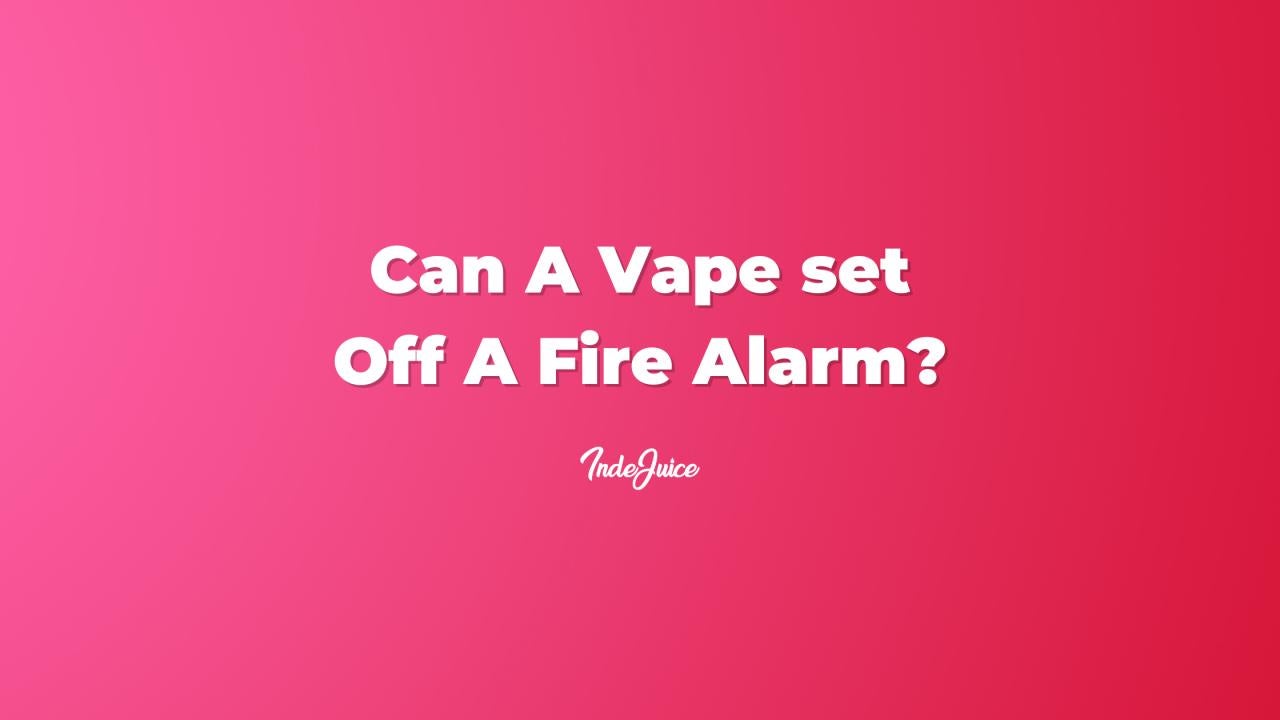 Can A Vape set Off A Fire Alarm?

Even though it's rare, a vape can set off a fire alarm if you blow directly onto it.

Fire alarms go off only when they detect smoke particles. These gas particles are tiny and airborne. Once the electricity travelling within the smoke alarm is detected and disrupted, loud and piercing sounds will fill the hallways. That is why smokers are banned from smoking in many indoor public places and are encouraged to smoke outside in the open areas.

Modern smoke detectors have been upgraded and are now more sensitive than before. Therefore, smoking indoors is strongly discouraged and condoned as a false fire alarm might be triggered; let’s be honest, nobody wants that.

Vaping tends to be regarded as the “safer” and “better” alternative to smoking. However, its vapours from your disposable vape or ecig kit do contain tiny gas particles as well. If one exhales directly into the fire alarm, the mechanisms within will detect the vapours as smoke and go off. That’s only when you blow the vapours directly into the fire alarm. Otherwise, casual vaping will rarely ever trigger any fire alarm. However, we still do not recommend vaping if there is a smoke alarm.

While there is a slim chance that the fire alarm will be triggered, the fire sprinkler, on the other hand, will never be set off by the smoke from cigarettes and the vapours from e-cigarettes, so you don’t have to worry about getting drenched in a room when you are vaping. Fire sprinklers only respond to heat instead of gas particles. As long as no big flames measure up to thousands of degrees, the fire sprinklers will stay dry.

Can Vaping Trigger A Fire Alarm?

Yes, vaping can trigger a fire alarm but fret not; the chances of that happening is extremely slim.

The only possible scenario of the fire alarm going off is if you exhale the vapours directly towards the fire alarm at a very close distance. This is because the fire alarm only goes off if the smoke detector within it detects a disruption in electricity flow. Only tiny and airborne gas particles can disrupt the flow, and these gas particles exist in both vapours from e-cigarettes and cigarette smoke.

Modern-day fire alarms are more sensitive to such particles, which is why the act of smoking is banned in many indoor places. Smokers are discouraged from smoking indoors at home for fear of triggering the fire alarm. That said, smoking and vaping have very low chances of setting off the fire alarm. If you're afraid, though, your best bet is to vape outdoors, where the air circulation is better.

In the unfortunate event that the fire alarm goes off, keep calm and try to contact the local authorities or anyone who is in charge. Fortunately, the fire sprinklers will not go off as it is only triggered by heat. Hence, rest assured that the space will be dry.

Learn more about vaping with our articles should I vape in my room and will a vape set off a metal detector?

Is fashion becoming the main purpose of vapes? We hope not! But in this article we take a closer look at whether vapes can be fashionable.