How Many Cigarettes Are In 1ml Of E-liquid?

Published August 2nd 2022
Let's explore the calculation for the equivalent amount of cigarettes in 1ml e-liquid. 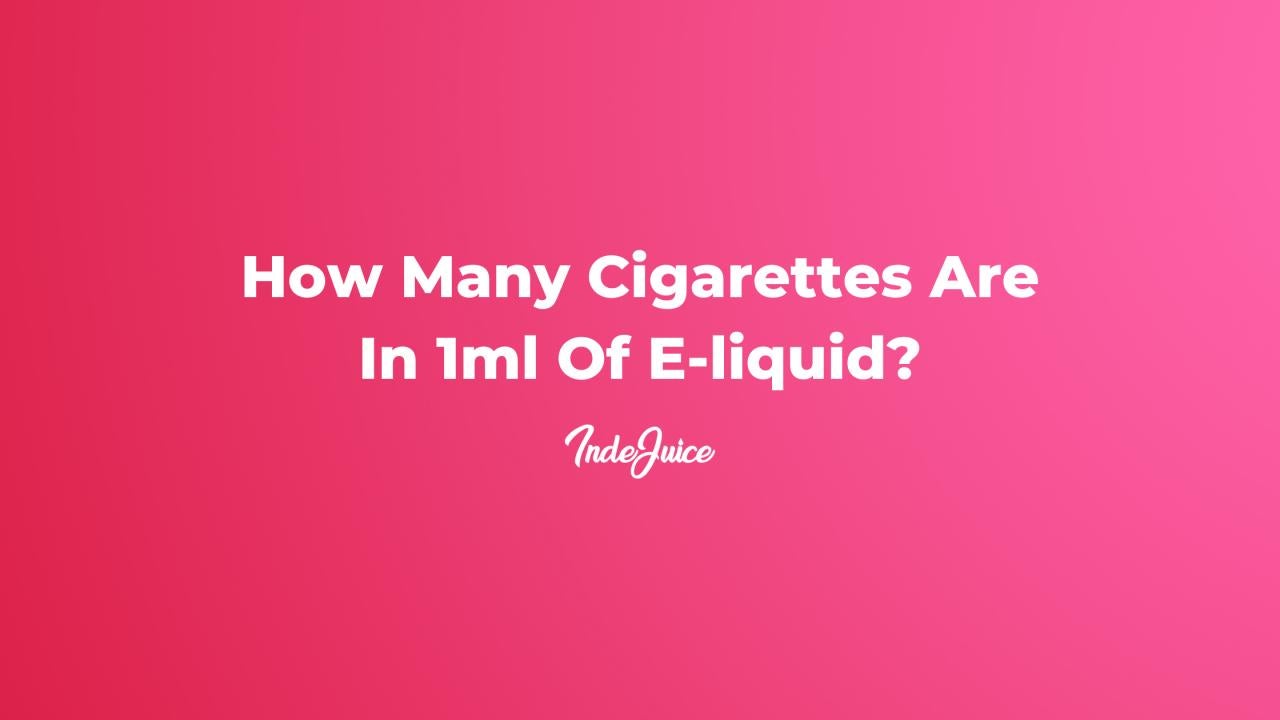 How Many Cigarettes Are In 1ml Of E-liquid?

Scientific research has shown that smokers generally inhale 10-15 puffs between 5-8 minutes, which averages to approximately 12.5 puffs per 20mg cigarette. Therefore a pack of cigarettes equates to approximately 250 puffs per pack (12.5 x 20 = 250 puffs), depending on the individual. The same would be true for salt nic or any other type of nicotine as long as the concentration is standardised to 20mg.

How many cigarettes are in a 10ml e-liquid?

There are approximately 240 cigarettes in 10ml of e-liquid. This is the equivalent of 12 packs of cigarettes.

How Many Puffs Are In A 10ml E-liquid?

This is by no means an exact number, as different users will have different vaping habits. For example, a person with longer inhales on the vape device will get fewer puffs than someone with shorter inhales.

Another factor that may affect the puff count is the device used. For example, if a user uses a higher-powered device, they may get fewer puffs than those who use a lower-powered device.

Another factor that may affect the puffs a user gets from their device is the method of vaping. A direct-to-lung vaper will get fewer puffs than a person who vapes mouth-to-lung.

Learn more with our article how much e-liquid do you vape per day?