An In-Depth Review of the Panda Bomb Brand

Panda Bomb is an E-Liquid brand that has produced 3 e-liquid flavours across 3 products. Across all their e-liquids, they have scored an average of 4.1 stars.

Exclusive to IndeJuice, 150+ vapers have rated & reviewed e-liquids by Panda Bomb based on flavour, quality and how likely they are to recommend it. Below you'll find 3 flavours of Panda Bomb e-liquid products ranked in order of popularity as voted for by the vaping community, featuring authentic reviews from vapers themselves.

The most popular e-liquid by Panda Bomb as voted by vapers is Panda Bomb Little Cracker Raspberry Graham Cracker. It has an average score of 4.3 stars, voted for by 68 vapers. It features a mix of Graham Cracker, Marshmallow and Raspberry flavours, for which you can find authentic reviews of below. 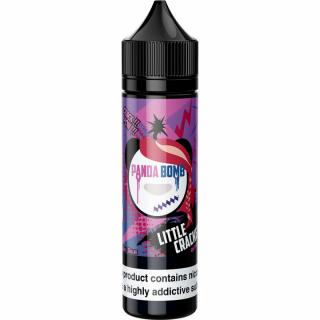 "This one really reminded me of raspberry pop-tarts. It's the fruity raspberry blended with the sweet biscuit and sugary icing flavours. The biscuit really pops out as a primary flavour which makes this juice very pleasant and not too sickly. I'd recommend this one for sure, but it was a little harsh on the coil and 50ml from a fresh coil just survived without too much burnt taste. You should probably expect that from any juice with sweet flavours like this though." - Charlie T.

"Good all day vape. Slightly weird taste initially, but you get used to it and its quite pleasant after a while. Also doesn't kill coils like the rest of pandabomb range." - Josh L.

"Fantastic taste.... raspberry with a bit of marshmallow and an undertone of lychee.... beautiful vape, not sickly or overly sweet. Out of stock, cos I bought them all!" - Paul S.

"I have been vaping for around 8 years and this is probably the best liquid i have ever tried. tastes really good and doesn't burn out your coil" - Danny N.

"Nice juice. Very much leans toward the Raspberry and I would have liked a little more biscuit in there but overall, it's a tasty one." - Lee E.

In second place we have Panda Bomb Bang Bang Banana Bread & Cinnamon. It has an average score of 4.0 stars, voted for by 72 vapers. It features a mix of Banana, Bread, Cinnamon, Ice Cream and Vanilla flavours, for which you can find authentic reviews of below. 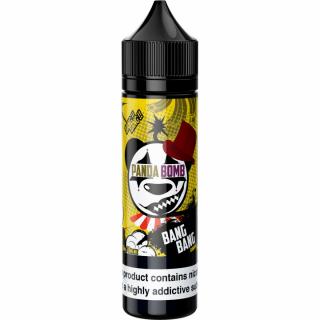 "I wasn't expecting much from this but was I surprised. This smells and tastes so close to banana bread it's ridiculous. I'm not usually a fan of baked or desert type juices, but fancied a change and tried this. Wasn't disappointed. Does get the coils a little gunked up but it's worth it." - Lee E.

"Pretty good banana bread juice. Didn't know what to expect as this is the first time trying such flavour. Not sure if I will buy again soon as I want to try different flavours, but I can recommend if people like banana bread" - Leona D.

"This tastes like banoffee pie, and definitely helps when i am craving something very sweet. It might be a bit sickly for anyone who doesn't like their juices too sweet." - Thomas D.

"never found a banana flavour liquid that i like until trying this one. very good. seems like panda bomb have become one of my favourite brands." - Danny N.

"First ever hit of this instantly reminded me on sweet banana bread smothered in golden syrup. Oh lord. I’m going to empty their stock room..." - Ben A.

Taking third position is Panda Bomb LaBomba Cherry Crumble. It has an average score of 4.1 stars, voted for by 11 vapers. It features a mix of Cherry, Crumble and Sugar flavours, for which you can find authentic reviews of below.

"An overall descent vape with a very nice baked flavour cherry just needs to be a little stronger for my taste" - Scott E.

"This is great! Subtle blast of cherry followed by a small bake flavour. Reminds me of a cherry bakewell" - J A.