Published October 21st 2020
Want to learn about the history of electronic cigarettes? Check out our re-cap of when vapes were invented and how e-cigs have developed over time. 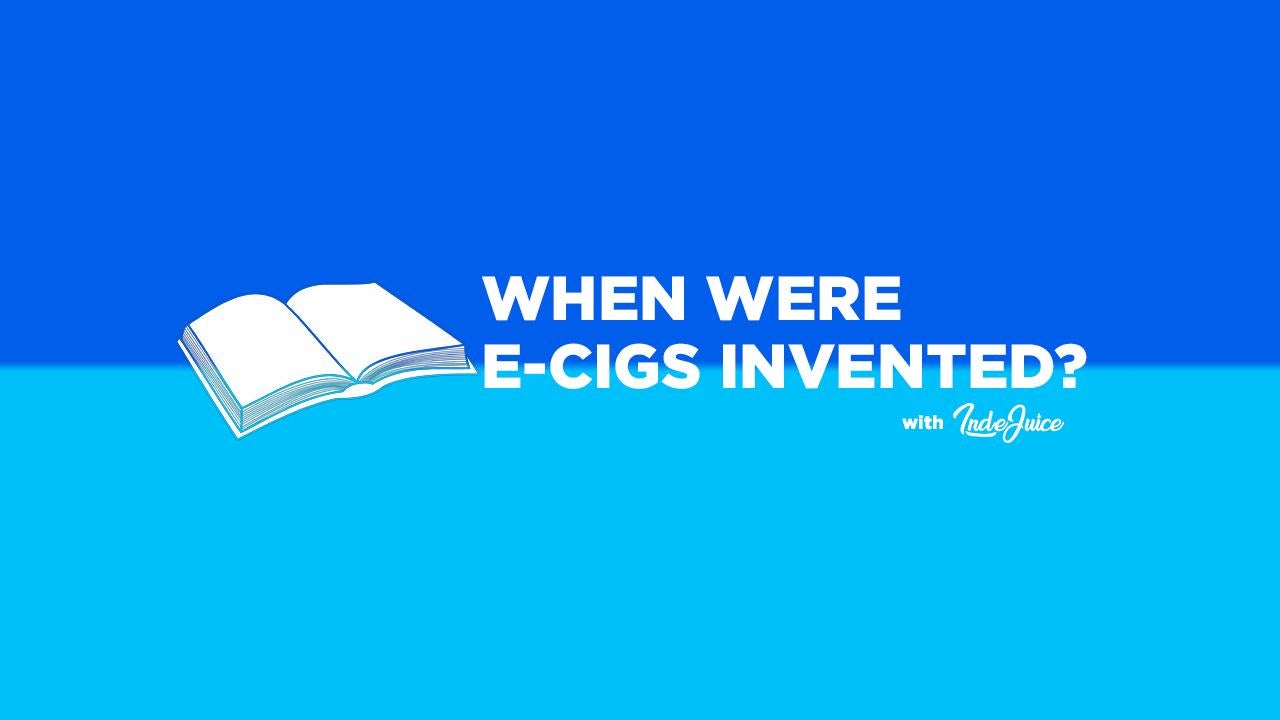 With thousands of vape kits available on the market and even more e-liquids, many vapers may think that e-cigarettes are products of the last decade or so - but they have actually been around much longer. Unbelievably, the first mention of any electronic cigarette device was mentioned back in 1930 when a patent was granted to Joseph Robinson.

With so many changes over the years, today’s e-cigarettes show very little, if any, similarity to their less-modern counterparts.

Although the first mention of any type of patent for electronic cigarettes came about as early as 1930, there is no record on whether this device was ever even prototyped. It was not until 1960 that the modern e-cigarette began to take on the shape and function as we know it today. 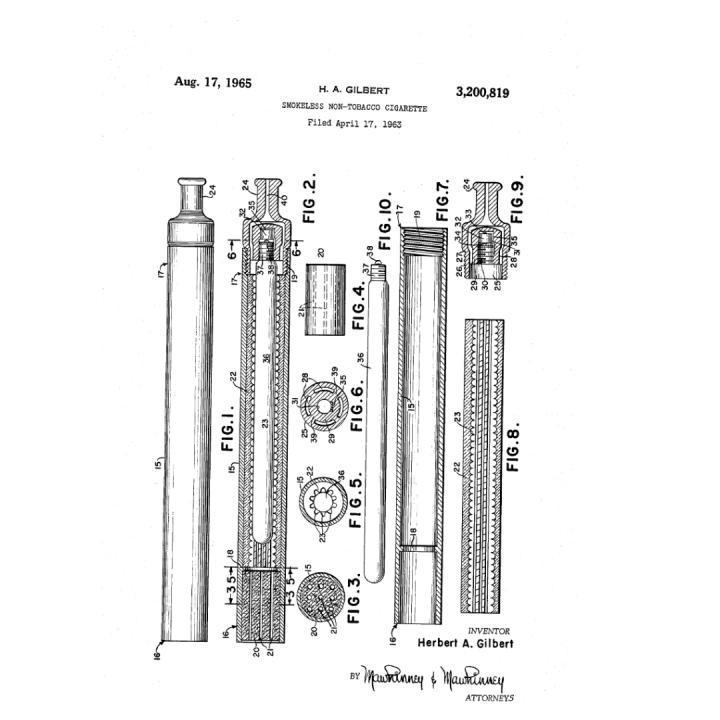 Herbert Gilbert,  filed a patent in 1963 and received it in 1965. He created multiple prototype models, but it is not clear if any included nicotine. Herbert tried to deliver his products to the big pharmaceutical and tobacco companies, however, as the tobacco industry was booming his idea was suppressed.

Herbert was unsure if there would ever be a significant interest in these products. He ended up letting the patent expire instead of licensing it. There is no way to know whether there was a market at the time for his electronic cigarette models.

Around 1980, a man named Phil Ray began to work with his doctor to develop something very similar to an e-cigarette. In actuality, this was not an electronic model at all. This device delivered nicotine through evaporation. In the history of e-cigarettes, this was the first documented research of a nicotine device.

Although it was commercialised, it failed to reach success because the system was simply not a sound delivery method of nicotine. Though the creators of this system reached a dead end in their research, they did coin the term 'vape' - which is still being used today.

The 1990s saw a great influx of patents being filed. Suddenly, there was a bustle of activity with the development of e-cigarette products. Some patents were filed by tobacco companies, while others came from private inventors.

In the 90s, a mega tobacco company applied to the FDA to create an electronic nicotine delivery device. Even though the FDA was not regulating tobacco products at the time, they were overseeing the regulation of drug delivery systems. Unfortunately, the FDA denied the request and this denial has been blamed for the e-cigarette excitement of the nineties suddenly fading away without warning. 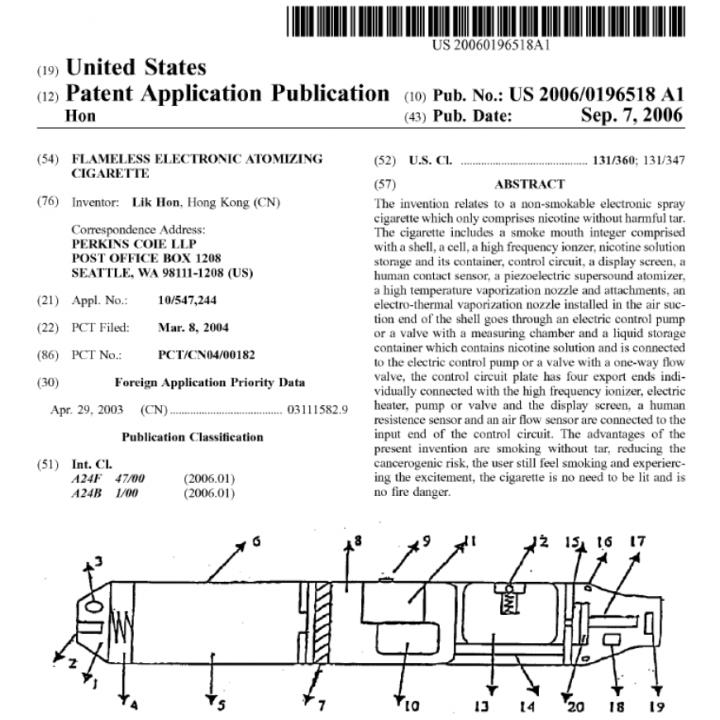 In Beijing, China, Hon Lik, a skilled pharmacist and inventor, sought to create a device that would more deliver nicotine in a less harmful manner than cigarettes after his father died from lung cancer. Eventually, Lik’s drawings were used by the pharmaceutical company he worked for and they developed the device, changing its name in the process.

In March 2009, the e-cigarette business hit a roadblock with the FDA. The government agency released Import Alert 66-41, effectively banning all imports of E-cigarettes, citing they were not FDA-approved drug delivery devices.

Shortly after the alert was released, Canada and Hong Kong banned E-cigarettes. During this time, the FDA continued to state all e-cigarettes were drug delivery systems and required advanced approval from the FDA.

In 2006, the time when the smoking ban came into effect in the UK, two brothers Umer and Tariq Sheikh created the first Cartomiser.

This simple idea combined a cartridge and an atomiser and began the transformation of e-cigarettes into what they are today. It is clear that since then, today’s modern e-cigarettes are more advanced than ever before, allowing individuals to enjoy nicotine or flavoured vapes at their own discretion.

The UK government have taken a very forward-thinking approach to the subject of vaping. With the NHS, Cancer Research UK and Public Health England all releasing studies backing their position that vaping as a 95% less harmful alternative than smoking, the UK is well on the way to creating a SmokeFree generation within the next decade.

E-Cigarettes are highly regulated in the UK by way of maximum nicotine strength, volume and toxicology reports. All of the above are required for an e-cig product to obtain an ECID number - which is a legal requirement before sale to the UK general public.

The Family Smoking Prevention and Tobacco Control Act was signed into law by President Obama in 2009. This act, while well-meaning in its approach, effectively limited the way e-cigarette companies could flavour their nicotine juices. The government did not ban E-cigarettes entirely, but they did ban the addition of any flavourings, including fruits and mint.

At this time, Panama joined in banning E-cigarette products.

In 2010, the American Medical Association urged the FDA to regulate e-cigarettes as drug delivery devices. Around this time, Singapore banned their usage, making the legal battles more intense for companies attempting to produce and market these devices to the public.

In 2011, the tides started to turn with an article published by the American Journal of Preventive Medicine. They stated e-cigarette devices could play an important role in helping smokers stop the bad habit of smoking cigarettes. In April of that same year, the FDA announced it would begin to regulate e-cigarettes in the same way it did traditional cigarettes. It noted any products promising to help smokers quit or offering health benefits would be carefully scrutinised.

Although controversy undoubtedly continues to follow major manufacturers of e-cigarette products, there have been calls to stop FDA overreach. One of the main fighters for this cause has been Senator Ron Johnson, a Republican from Wisconsin. Since 2016, he has fought to protect the small business owners who rely on e-cigarette production for their livelihoods.

To report on every step in the history of e-cigarette production would require volumes to fill. It is clear that today’s modern e-cigarettes are more advanced than ever before, allowing individuals to enjoy nicotine or flavoured vapes at their own discretion.

While there is still some stigma attached to vaping, it is becoming more widely accepted, and the devices are certainly safer than when they first appeared on the market decades ago.