Published October 21st 2020
Learn more about the data and history behind cigarettes and smoking in the United Kingdom and why it has become so prevalent amongst the UK population. 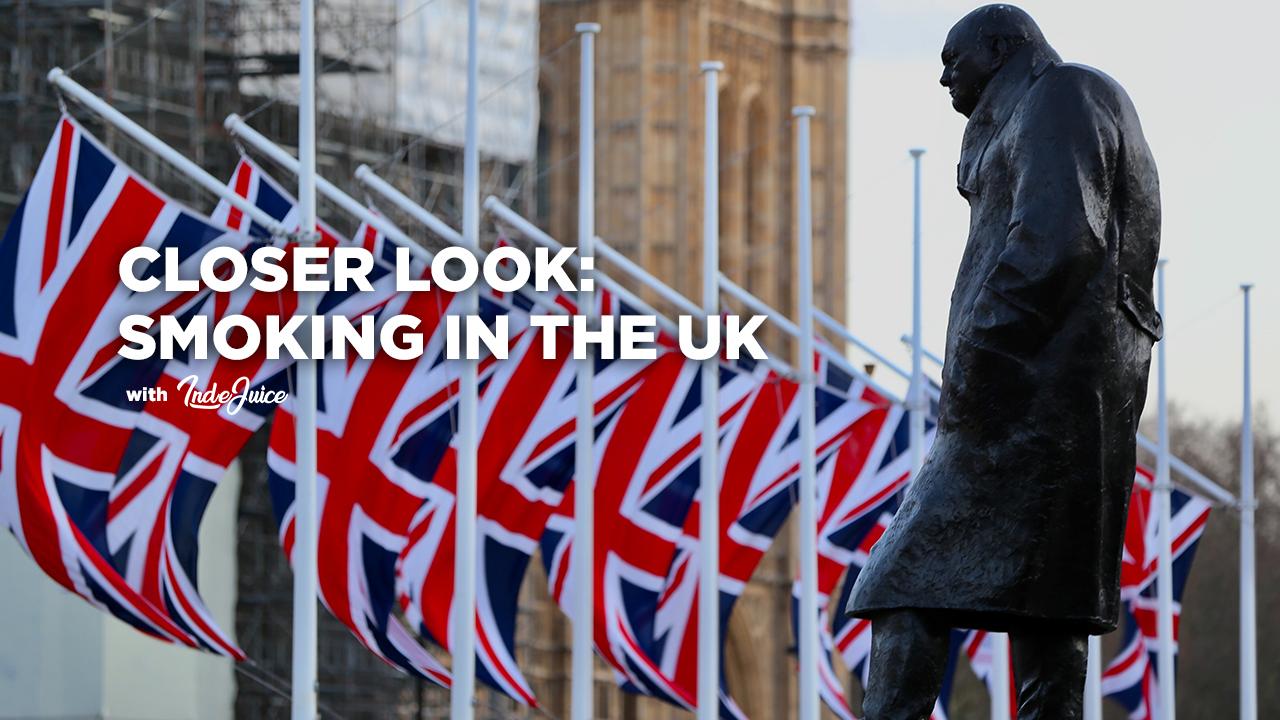 Looking Back at the History of Cigarettes 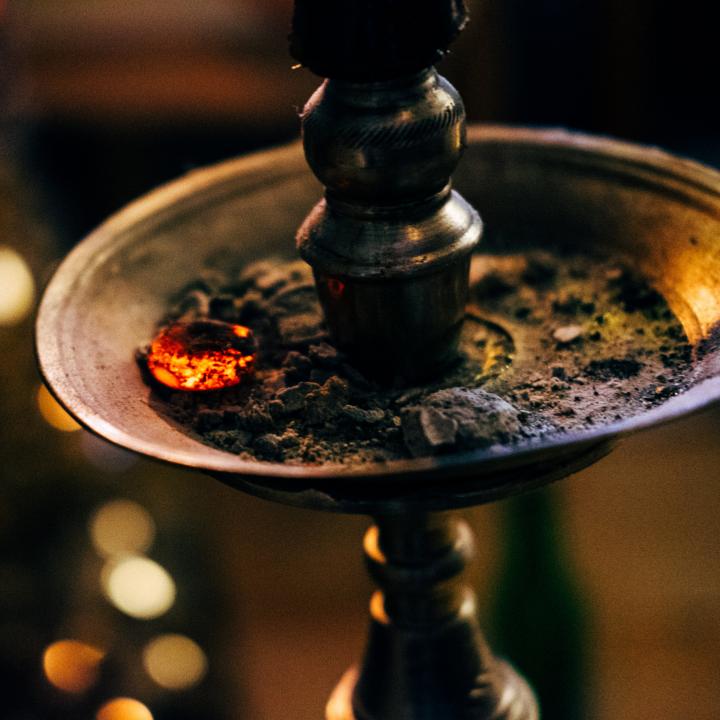 Historically, pipes and hookahs were the most common method of smoking. Eventually, cigars came into play. Roughly 1,000 years after cigars were introduced to the public, cigarettes as we know them today hit the market. By then, improved farming and manufacturing equipment and faster modes of transportation made tobacco more readily available and gave rise to mass production.

Numerous cigarette manufacturing companies have cropped up over the last couple of centuries. One of the first was P. Lorillard, the manufacturer responsible for brands like Newport and Maverick. The Gallaher Tobacco Company soon followed, bringing Sterling and Mayfair to the public. Philip Morris made a name for itself with its world-famous Marlboros, and Imperial Tobacco added Lambert and Butler to the pack.

How Prevalent Is Smoking in the U.K. Today?

Those popular brands as well as many lesser-known varieties have led to a rise in the prevalence of smoking in the U.K. over the last several decades. Almost 15 percent of the adult population can be classified as smokers. That amounts to more than 7 million smokers in the United Kingdom, making traditional cigarettes the current most common delivery method for nicotine.

Scotland had the highest percentage of smokers at 16.3 percent whereas England had the lowest at 14.4 percent. Wales and Northern Ireland fell in the middle of the spectrum at 15.9 and 15.5 percent respectively. On average, another 26 percent of adult non-smokers reported being exposed to secondhand smoke in public places, carpools and at home.

How Does Age Factor into the Equation? 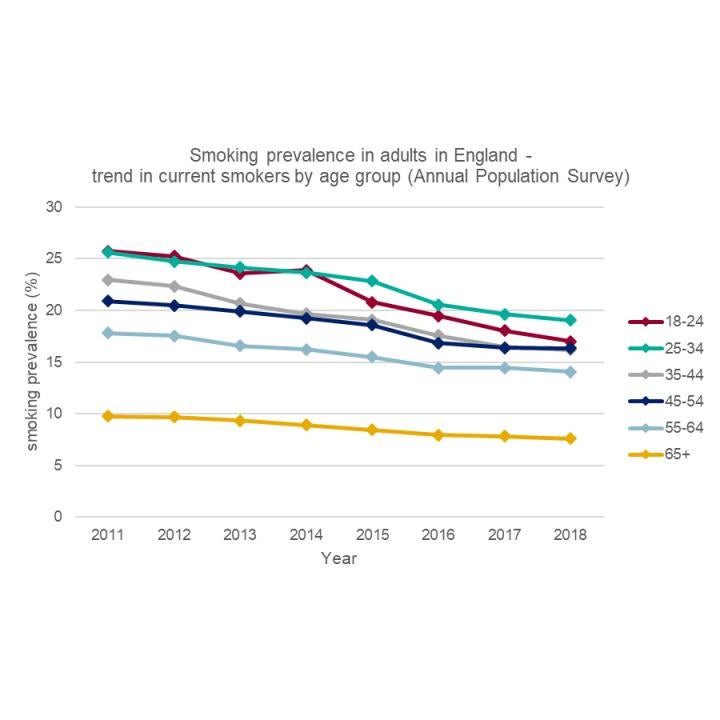 Based on a breakdown of the latest figures, age does seem to be a factor in the popularity of smoking. Less than 8 percent of people over the age of 65 smoke cigarettes while nearly 19 percent of those ages 25 to 34 fall into the smoker category. The number of smokers from the age of 35 to 54 is also around 16 percent.

The percentage of smokers who are between the ages of 18 and 24 was 16.8% during the last year for which information has been made available. This number is much lower than expected and the decline in the number of smokers has largely been associated with the rise in vaping - a 95% less harmful alternative. Smokers in this age group have shown the largest decline, having fallen from almost 26 percent in 2011. Young people are saying no to tobacco more now than ever in recent history.

Smoking is also creeping into the non-adult portion of the population. One recent data poll suggests that almost 20 percent of children under the age of 16 had tried cigarettes at least once.

Does Occupation Play a Role in the Urge to Smoke?

Occupation appears to play a role in the prevalence of smoking in the United Kingdom. Manual labourers and those in routine jobs are 25 percent more likely to smoke than people in other occupations. These include factory, restaurant and logistics workers to name a few.

In contrast, just over 10 percent of staff members in managerial positions and professional occupations, such as nurses and lawyers, reported smoking. Smokers in intermediate positions came in at 15.7 percent. More than 29 percent of those who are unemployed are smokers at present.

What Other Factors Contribute to Smoking?

Several other factors influence whether people choose to smoke according to the most recent reports.

In terms of gender, men are more likely to be smokers than women. Being married apparently decreases the smoking rate as only 9.5 percent of people who are married or in a civil union smoke at present.

On the other hand, couples who live together in a less official capacity are more than twice as likely to be smokers.

Slightly fewer single people smoke at 21 percent as opposed to 21.8 percent among cohabitating couples. Almost 17 percent of those who are separated, divorced, or widowed keep cigarettes on hand. Some studies indicate that people who live with smokers are more likely to take up the habit and vice-versa.

Education also seems to play a role in the choice to smoke. Less than 8 percent of people with a higher education are smokers compared to almost 30 percent among those without some type of degree.

Additionally, homeowners are less likely to smoke than renters.

Delving into the Cost of Cigarettes

It’s also important to point out that the cost of cigarettes has surged over the last decade. In fact, the price of ready-made cigarettes has increased by 97 percent. That’s almost twice the average rate of increase for other products. Some experts insist this is one of the reasons for the ongoing decline in the number of people across the UK who smoke. Less harmful alternatives, such as vaping, are also cheaper than smoking.

Where Do E-Cigarettes Fit into the Picture?

The general consensus is that electronic cigarettes entered the global scene in 2003. Since then, vaping has been on a continual increase. Many people are using e-cigarettes as a method of weaning themselves off of traditional cigarettes. E-cigarettes allow smokers to step down the amount of nicotine they receive at their own pace. E-Cigs also allows users to choose from a variety of flavours - this keeps ex-smokers interested in vaping which is a vital part of their transition to full nicotine replacement therapy.

At the same time, millions of smokers are addicted to the hand-to-mouth motions and therefore, pills, lozenges and patches just can’t fill that particular void.

Studies show just over 3 million adults currently use e-cigarettes in the UK. More than half say they’re using this alternative as a way to quit smoking.

Approximately 70 percent of current and former smokers as well as current e-cigarette users believe vaping is less harmful than smoking.

The number of smokers in the United Kingdom has been falling since the introduction of vaping into the mass market. Electronic cigarettes have been on the market for less than 2 decades, but they’re quickly gaining steam among the smoking crowd.

As the customisable nicotine levels and the continually growing selection of flavours pique more smokers' interest, vaping is on a trajectory to ultimately replace conventional cigarettes entirely.

Want to learn about the history of electronic cigarettes? Check out our re-cap of when vapes were invented and how e-cigs have developed over time.