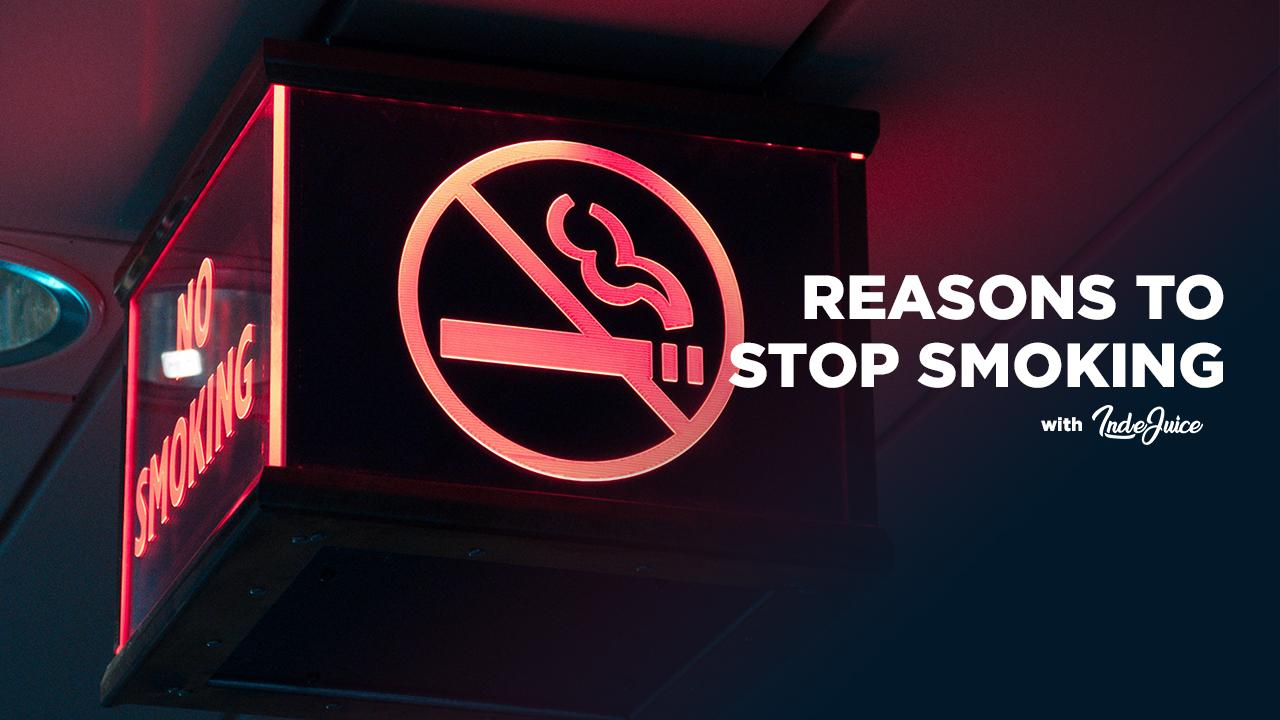 If you’ve made the great decision to quit smoking, it’s important to stay the course and avoid temptation. For those who tend to make New Year’s resolutions, it may last until around January 12, but it’s just as hard the rest of the year. To help you stay on track, we’ve made a list of the best reasons to stop smoking.

For information on the most effective way to quit smoking, check out our smoking vs vaping guide that compares the top 10 reasons for making the switch. 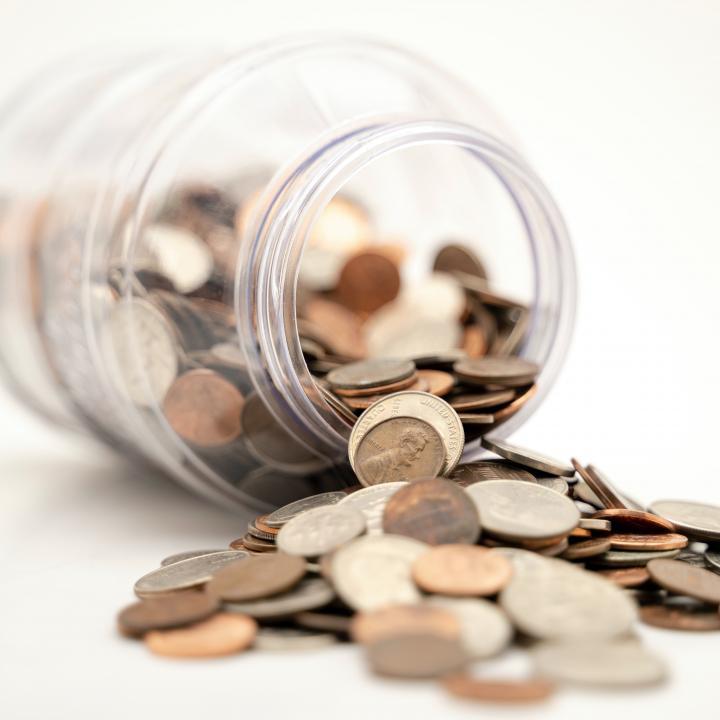 If you smoke a pack a day, you’ll spend about £60 per week on cigarettes. However, if you decide to kick the habit, you’ll save roughly £250 per month and £3000 per year—which is a significant boost to your family’s finances. Rather than watching that money go up in smoke, why not pay off some debt or go on a memorable holiday? Even if you’re a light smoker, quitting is a financially sensible decision.

The effects of smoking on the lungs are well-known, including colds, coughs, wheezing, pneumonia, emphysema, and lung cancer. Smoking causes approximately 84% of lung cancer deaths and 83% of COPD fatalities. The symptoms of COPD, also known as chronic obstructive pulmonary disease, are frequently dismissed as a common “smoker’s cough”, but they have significant effects on a user’s quality of life. There’s no cure for COPD, but quitting smoking is an effective way to slow the disease’s progress. 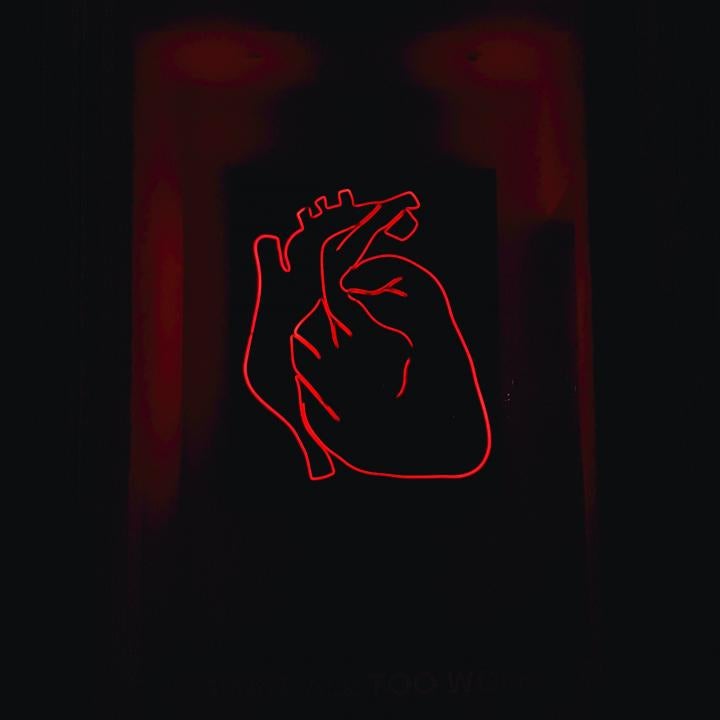 Smoking also causes damage to the heart, increasing a user’s risk of illnesses such as heart attack, stroke, cerebrovascular disease, peripheral vascular disease, and heart disease. The nicotine and carbon monoxide found in cigarette smoke put an enormous strain on the heart, forcing it to work harder and faster. Similarly, other chemicals found in smoke damage the coronary arteries, which can increase your risk of coronary heart disease and heart attack. Thankfully, those who quit smoking reduce those risks by 50% within the first year.

Children are most at risk of illnesses related to secondhand smoke. These conditions include pneumonia, bronchitis, flu, and meningococcal disease. In adults who don’t smoke, exposure to secondhand smoke increases lung cancer risk by 30%. When you light up, you’re not just affecting your own health. Secondhand smoke has serious effects on the health of people around you, especially those closest to you.

Not only does smoking affect your family’s health, but it also can make your feathered, furry, and scaly friends sick, too. Pets often develop serious health issues when they’re owned by smokers. They’re forced to inhale smoke every day, and some ingest the smoke particles that become attached to their fur. As pets have small lungs, this quickly leads to cancer and breathing problems in birds, cats, dogs, and fish.

Around the country, someone dies from a smoking-related fire every 72 hours. Secondhand smoke can stay in the home for about five hours after the cigarette is put out, increasing fire risk and affecting everyone’s health. At the same time, tobacco residue builds up on surfaces and can even be ingested. By quitting smoking, all these damaging effects can be avoided.

Minimising the Risk of Dementia

Smoking stains the teeth because of the tar and nicotine in tobacco. A smoker’s teeth will quickly turn yellow, and the teeth of a heavy smoker will likely turn muddy brown. Smoking also increases the risk of gum disease, as smokers are prone to produce bacterial plaque. In serious cases, smoking increases the risk of cancers of the oesophagus, larynx, throat, tongue, and lips. When a person stops smoking, though, their risk of such cancers and is comparable to that of a non-smoker after 20 years.

Getting Rid of Wrinkles

Smoking decreases oxygen flow to the skin, accelerating ageing and making the skin look dull and grey. A user is more likely to get wrinkles if they smoke, and in severe cases, smoking can age a person’s skin by up to 30 years. When you quit smoking, you’re taking an important step to protect your skin.

Cigarette smoking also causes the bones to become brittle and weak, especially in females who are at greater risk of osteoporosis. When you give up cigarettes, you’ll decrease your risk of developing this condition.

Smoking cigarettes increases a user’s risk of stroke by half, and it doubles their risk of death from stroke. It makes brain aneurysms more likely; these blood vessel bulges can rupture and create subarachnoid hemorrhages, which typically lead to death or brain damage. When a user quits, however, their risk will be reduced to that of a non-smoker in five years.

Ulcers and stomach cancer are other problems smokers face. Smoking tobacco weakens the muscles controlling the bottom end of the oesophagus, which causes acid to travel the wrong way up into the throat. Smoking also raises the risk of kidney cancer; research shoes that if a person smokes at least ten cigarettes per day, they’re 1.5 times more likely to suffer from the disease. The risk is even greater for those who smoke a pack a day or more.

Smoking was once a common habit, but in the past few years, it has faced increasing social stigma. People are becoming less tolerant of the effects of secondhand smoke, and as a result, more users are deciding to kick the habit.

Many users are turning to vaping as an alternative to cigarette smoking, and some use it as a way to eliminate it entirely. Whether you’re cutting back gradually or going cold turkey, we can help you find the right vapes and juices. Visit us online or call today to learn about our incredible selection.