Published April 22nd 2021
Learn about the most important aspects of a vape tank including components, lifespan and how to maintain vape tanks for vaping. 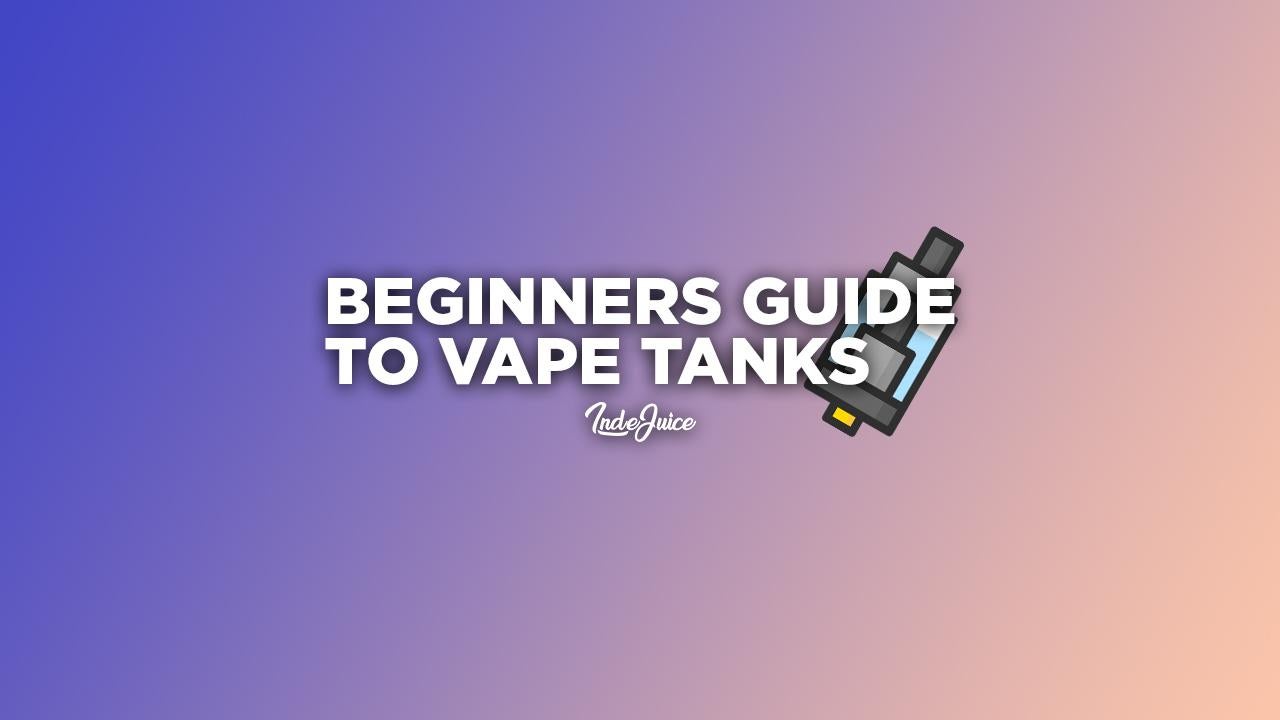 Vape tanks are the components on vape devices that are responsible for holding and vaporising e-liquid. By law, all tanks in the UK have a maximum capacity of 2ml.

The four main types of vape tanks are:

As mentioned in earlier beginner guides, cartridges are disposable e-liquid tanks that contain an in-built coil. These are used with vape pod devices and are usually connected to the device via magnets. As the coil cannot be removed, the cartridge must be discarded when the coil wears out.

Pods are similar to cartridges – also used with pod devices – except the coil inside it can be removed and replaced. This means that the only the coil has to be discarded when it is worn out. As the coil can be separated from the e-liquid pod, it usually means the pod device can support more coil options.

The original tanks for the first vape devices were only ever referred to as a ‘tank’, so there is no unique name for these standard tanks. These tanks work with Vape Mod devices.

Today some standard vape tanks are designed to be permanently attached to the vape device. However, the majority of these standard tanks are removable, connected by a popular connector called a ‘5-10’ screw thread. Hence, these tanks are commonly referred to as ‘510 tanks’.

Similar to pods, these standard tanks have removable coils. However, unlike pods, there are many other parts to a standard tank that can be separated and replaced.

This is an extremely advanced type of tank that support custom-built coils. Similar to standard tanks, they connect to vape devices via a 510 connector. Therefore it can be used with any device that supports a standard 510 tank.

In this beginners guide to vape tanks we will not be dealing with rebuildable tanks at all. Instead, we will be looking at standard tanks as these are fundamentally how all vape tanks work including pods and cartridges.

While a cartridge has all of these parts fused together – and a pod the same except for the removable coil – these parts are all separable in standard tanks.

This makes standard tanks significantly more expensive than cartridges or pods. However, as all parts can be separated, you only need to replace an individual part if any break.

How a Vape Tank Works

Once loaded with e-liquid and screwed into the vape device that contains a battery, the vape firing button is pressed. Once this happens, the electricity provided by the battery runs into the vape tank through the connector and begins to heat up the coil.

As the coil has a piece of cotton running though it that has been saturated in e-liquid when the vape tank was filled, the heating of the coil then begins to vaporise the e-liquid contained within that cotton.

The resulting vapour is then inhaled through the chimney of the coil up through the drip tip and into the mouth or directly into the lung.

How to Refill Vape Tanks with E-Liquid

Refilling a vape tank is very straight forward. Once the tank has been assembled with the coil installed, you will then need to find the refill hole that has been designed to insert the e-liquid into the tank.

Important: When using a new coil and filling your vape tank for the first time, you will need to let the e-liquid sit in the vape tank for a while to allow the coil to absorb it before you begin vaping. This process is called 'priming' the vape coil.

The recommended time to wait for your coil to be fully primed will be included in your vape tank instruction or manual book but is generally between 5-15 minutes.

Other Parts of a Vape Device

In this beginner guide series we’ve covered vape coils and vape tanks, the two major components of a vape device. The final and equally-important piece of the puzzle is the vape battery.

So, let’s head over there: Beginners Guide to Vape Batteries