An In-Depth Review of the Tobac King Brand

Tobac King is an E-Liquid brand that has produced 3 e-liquid flavours across 6 products. Across all their e-liquids, they have scored an average of 4 stars.

Exclusive to IndeJuice, 7 vapers have rated & reviewed e-liquids by Tobac King based on flavour, quality and how likely they are to recommend it. Below you'll find 2 flavours of Tobac King e-liquid products ranked in order of popularity as voted for by the vaping community, featuring authentic reviews from vapers themselves.

The most popular e-liquid by Tobac King as voted by vapers is Tobac King Cuban. Available in Nicotine Salt and Shortfill, it has an average score of 4.7 stars, voted for by 3 vapers. It features a Tobacco flavour, for which you can find authentic reviews of below. 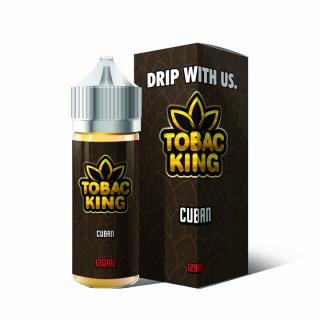 "As an ex smoker I’ve been used to strong flavoured tobacco, this isn’t strong in regards to my taste, it’s more of a weaker variety, but the aftertaste and tinge is reminiscent of a cigarette in a way it still feels the same, honestly I would buy again!" - Daniel M. 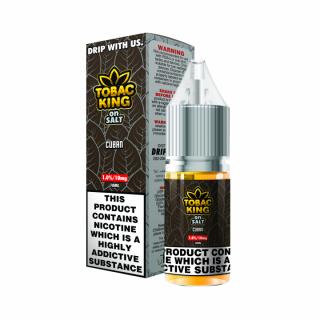 "Beautiful flavour, using 0.4 ohm or 1.0 ohm resistance coils with it, I found that it has a sweet taste however using the nord pod on the smok rpm it didnt provide that. Very nice though, had to leave some to save for later." - Abdul B.

"Quite enjoyable. A smooth vape and pleasant flavour" - Roger W.

In second place we have Tobac King Vanilla Custard. Available in Nicotine Salt and Shortfill, it has an average score of 3.5 stars, voted for by 4 vapers. It features a mix of Tobacco and Vanilla flavours, for which you can find authentic reviews of below. 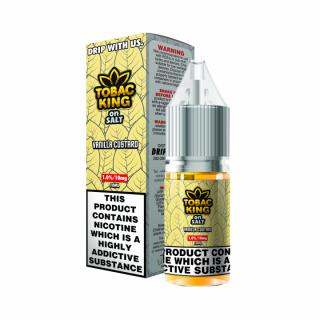 "Everything you expect and more....great juice, great flavour. Great service too" - Carl C. 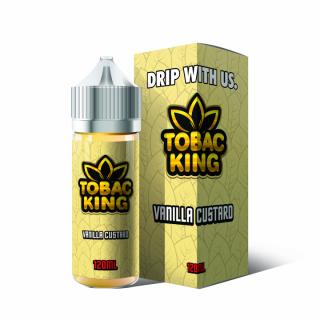