An In-Depth Review of the Donut Boy Brand

Donut Boy is an E-Liquid brand that has produced 6 e-liquid flavours across 6 products. Across all their e-liquids, they have scored an average of 4.1 stars.

Exclusive to IndeJuice, 170 vapers have rated & reviewed e-liquids by Donut Boy based on flavour, quality and how likely they are to recommend it. Below you'll find 6 flavours of Donut Boy e-liquid products ranked in order of popularity as voted for by the vaping community, featuring authentic reviews from vapers themselves.

The most popular e-liquid by Donut Boy as voted by vapers is Vanilla Custard Donut. It has an average score of 4.2 stars, voted for by 36 vapers. It features a mix of Custard, Doughnut and Vanilla flavours, for which you can find authentic reviews of below. 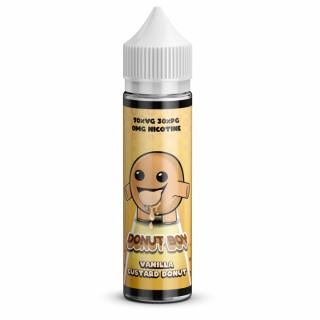 "Pretty nice flavour, although I’m picking up a coconut creamy taste, which isn’t a bad thing. Worth a purchase for the price!" - Peter P.

"Really liked this one. Bought for my partner and he said you can taste the vanilla where as in some you can’t." - Bethan P.

"Really good tasting juice. It's not as strong as I thought but still really lovely tasting vanilla!" - Matthew K.

"If I could add more stars I would! This is by far the best juice I have bought to date! BUY BUY BUY!!" - Conner D.

"It took a few tanks to get used to taste but now I'm used to it it tastes lovely would order again" - Martyn B.

In second place for Donut Boy we have Cinnamon Apple Donut. It has an average score of 4.1 stars, voted for by 34 vapers. It features a mix of Apple, Cinnamon and Doughnut flavours, for which you can find authentic reviews of below. 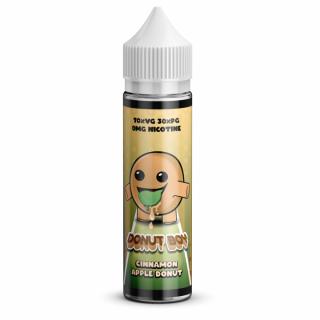 "A very sweet and smooth liquid, with just the right balance between Apple, cinnamon and Donut flavours. It really taste like the Apple and cinnamon flavoured donut and not some ordinary Apple and cinnamon blend. This is a very concentrated and thick liquid, absolutely A-class." - Dr V.

"Can definitely taste the cinnamon & doughnut but can't really taste the Apple. It's still a very nice smooth vape & I will buy this again along with trying some of the other Donut Boy flavours 🙂" - Kaz S.

"Donut Boy are fast becoming my favourite juice makers. It's hard to describe this flavour. Not a lot of cinnamon, it's more of a baked taste but I absolutely love it!" - Rowenna W.

"Slightly more Cinnamon with a subtle hint of apple. Tastes more like a toffee than a cinnamon apple donut but great flavour nonetheless." - Ashley Q.

"Love this Juice! hit of cinnamon donut and packs an apple punch. Great juice for the money You will not be disappointed" - Stuart F.

Taking third position for Donut Boy is Deep Fried Donut. It has an average score of 3.9 stars, voted for by 33 vapers. It features a mix of Doughnut, Pastry and Sugar flavours, for which you can find authentic reviews of below. 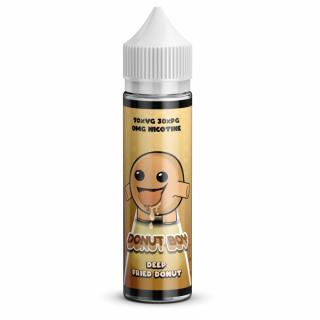 "I did not think I need this in my life. Felt like I was working in a bakery! Could not walk through the town peacefully not only because of the smell, that I often got lost because of, but all sorts of people started following me around. So now I am officially the most famous pastry guy in town. Would recommend 10/10." - Rokas L.

"Yep very good! So sweet .. saved me coz in that batch I ordered, were 2 really bad juices so I was not totally disappointed with my shopping 😁 thanks to you" - Viktoria H.

"Lovely flavour. Not the greatest I've tasted but certainly up there with the cost too. Wirth a try if you like donut" - Paul T.

"the taste of tis is unreal however after a while i got bored of the flavour however i would still reccomend" - Wesley C.

"Great flavour not to strong or weak very happy with it and taste even nicer with some drops of strawberry." - Neil B.

In 4th place for Donut Boy is Blueberry Donut. It has an average score of 4.4 stars, voted for by 27 vapers. It features a mix of Blueberry and Doughnut flavours, for which you can find authentic reviews of below. 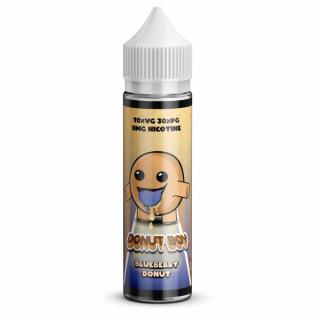 "Very nice, smooth flavour, great value for money and perfect for my other half who can't eat donuts due to allergies. Perfect balance of both flavours and would definitely recommend" - Alex P.

"This is gorgeous! Reminds me of fresh baked blueberry muffins. You can really taste the blueberry flavour and the doughyness hmmm Really good stuff. Will order more" - Vickie H.

"Although I find it tastes more like blueberry muffin than blueberry donut it's a great all round vape a nice cakey blueberry flavour and great price 5 stars" - Scott E.

"Not a bad vape. Very powerful sweet baked flavor in the first few hits. It did take me a tank for my taste buds to mellow down the flavor." - Adam W.

In 5th place for Donut Boy is Strawberry Cream Donut. It has an average score of 4.0 stars, voted for by 25 vapers. It features a mix of Cream, Doughnut and Strawberry flavours, for which you can find authentic reviews of below. 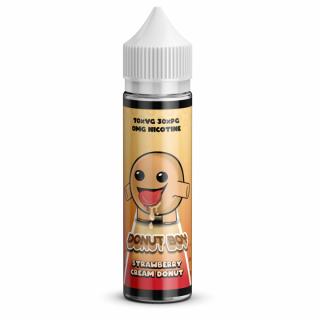 "A pleasant enough juice. So the flavours in the juice did pretty accurately portray a strawberry jam filled doughnut. With that said, it wasn't amazing, there are many other flavoured doughnuts which vary a lot, and this one was definitely in the top half of that list. One bonus is that it treated coils fairly well and was very cheap compared to others. I'd definitely buy this again, and will be trying some of their other flavours." - Charlie T.

"Dope, cant fault this one, not the best but pretty damp good, and for the price it's an absolute steal, I'd buy this again. Props to indejuice for the speedy delivery" - Adam J.

"Another amazing flavourful vape from tmb they rarely do wrong. This is so nice with a strawberry and sweet flavour thats not to sickly. Love this juice" - Martin J.

"Really nice, I love this brend! Is gonna ruin your coil pretty quickly, but is too nice to say no!!" - Federico P.

"Love this flavour, took it on holiday with me so now it just reminds me of the south of Italy" - Sophie S.

In 6th place for Donut Boy is Lemon Meringue. It has an average score of 4.5 stars, voted for by 11 vapers. It features a mix of Lemon and Meringue flavours, for which you can find authentic reviews of below. 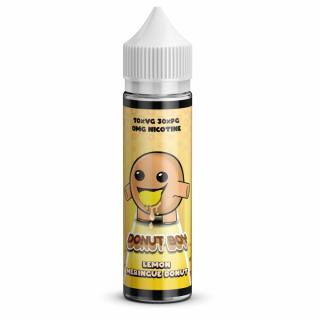 "Much like the strawberry cream one this brand does, its pretty damn good, cloudy goodness, ain't no dinner lady lemon tart but a sure substitute. Hitting this from a falcon 2." - Adam J.

"This is my second time ordering this juice. Great taste of lemon on the exhale but perhaps not an all day vape." - Rowenna W.

"Tastes really nice and you can really smell the buttery pastry base - not too sweet" - Emma E.