An In-Depth Review of the Awesome Afters Brand

Awesome Afters is an E-Liquid brand that has produced 3 e-liquid flavours across 3 products. Across all their e-liquids, they have scored an average of 4 stars.

Exclusive to IndeJuice, 30+ vapers have rated & reviewed e-liquids by Awesome Afters based on flavour, quality and how likely they are to recommend it. Below you'll find 3 flavours of Awesome Afters e-liquid products ranked in order of popularity as voted for by the vaping community, featuring authentic reviews from vapers themselves.

The most popular e-liquid by Awesome Afters as voted by vapers is Awesome Afters Strawberry Cheesecake. It has an average score of 4.0 stars, voted for by 13 vapers. It features a mix of Cheesecake and Strawberry flavours, for which you can find authentic reviews of below. 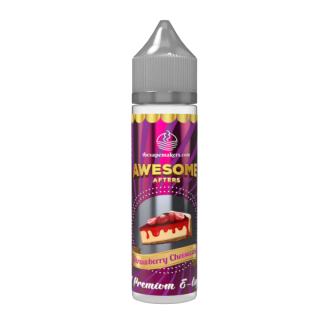 "Not the nicest flavour like this I've tried, it's a tad on the sickly side for me. But if you've got a sweet enough tooth it's worth a try!" - Andy P.

"If you don't like too sweet, don't buy this juice. Rich sweet flavour and not too heavy on coils." - Damien H.

"Very nice flavour would definitely recommend this juice to anyone could vape it all day" - Matthew G.

In second place we have Awesome Afters Rhubarb & Custard. It has an average score of 4.1 stars, voted for by 12 vapers. It features a mix of Custard and Rhubarb flavours, for which you can find authentic reviews of below. 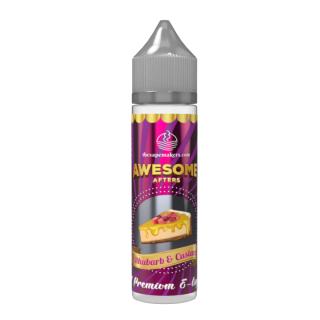 "A nice flavour. Abit misleading as the rhubarb comes through amazingly but it's more rhubarb cake then custard yet still a flavour that can be vaped all day" - Alex P.

"This is a winner just for the value, and if you like your dessert flavours then you need to try this" - Pete C.

"Intense flavours, it tastes just like those small squishy sweets if you hold it in your mouth😋" - Ollie I.

"Can get a little sour after frequent vaping, not the worst juice I've had." - Damien H.

"Top juice for price pint tastes just like the boiled sweeets" - Matthew B.

Taking third position is Awesome Afters Lemon Tart. It has an average score of 3.9 stars, voted for by 7 vapers. It features a mix of Lemon and Tart flavours, for which you can find authentic reviews of below. 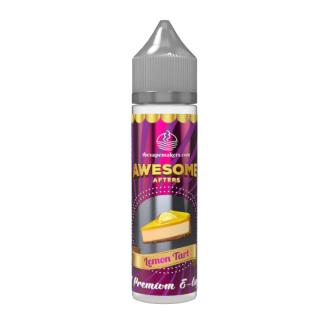 "Love this liquid, really creamy, buttery taste with a lovely but if lemon. My favourite liquid by far" - Emma J.

"Nice flavour although it's a bit sickly after a while" - Richard I.

"Nice flavour and lovely vape. Will buy again" - Irene A.