A Review of The Best Tart Disposable Vapes

There are 3 flavour variations of Tart disposables across 6 products. Across them all, they have scored an average of 4.2 stars.

Exclusive to IndeJuice, 180 vapers have rated & reviewed Tart disposable vapes based on flavour accuracy, quality and how likely they are to recommend it. Below you'll find the top 6 Tart flavours of disposable products ranked in order of popularity as voted for by the vaping community, featuring authentic reviews from vapers themselves.

The most popular disposable with Tart flavour as voted by vapers is Elf Bar Lemon Tart. It has an average score of 4.1 stars, voted for by 77 vapers. It features a mix of Cream, Lemon and Tart flavours, for which you can find authentic reviews of below. 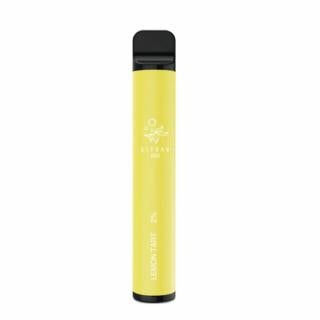 "i wasn’t sure on this one. i didn’t t expect the flavour so it took me a while to get used to it. once i did get used to it i really enjoyed it but others that tried it really didn’t t like it" - Amelia M.

"This is nice but best to have a back up flavour as it can become a little sickly. Lovely pudding flavour, tastes exactly as it’s named. Fine if you’re not a constant puffer like me 🙈" - Kara D.

"Found this really nice for the first half of its usage, but the flavour started to go towards the end quite quickly. Good though, would probably get again" - Steve B.

"This one I didn't like so much was more like a donut flavour with a hint of lemon but maybe others would prefer it 4*" - Stephen P.

"Really great product, and lovely flavour but a little sickly. I am new to vaping and I've not missed smoking at all!" - Mia S.

In second place we have Geek Bar Lemon Tart. It has an average score of 3.9 stars, voted for by 43 vapers. It features a mix of Lemon and Tart flavours, for which you can find authentic reviews of below. 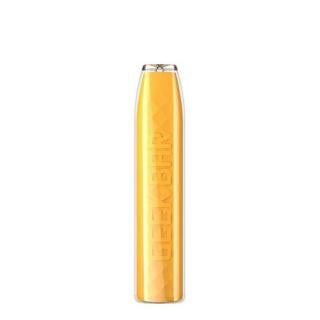 "A solid tasting lemon flavour which is hard to replicate, usually being to harsh or sour. However, Geekvape has knocked it out the park with a perfect balance of flavour and mouth feel. Definitely for those who want an extreme yet moreish lemon taste." - Alfie W.

"This is by far my favourite vape flavour. Lemon (but a sweet lemon) and biscuit base combine to make this the clear winner. Lasts about as long as a normal Geek Bar" - Chris S.

"Love this flavour just like having a lemon merangue pie especially nice as I like a sweet treat after my meals so this compensates it 😁" - Julie O.

"Only giving it 4 stars as it wasn't to my taste, but my partner quickly snapped this one up, his new fave!" - Pamela T.

"I wasn’t too sure about this flavour but the description was convincing and it did not disappoint" - Jo K.

Taking third position is Fizzy Juice Lemon Cookies. It has an average score of 4.4 stars, voted for by 32 vapers. It features a mix of Cookie, Lemon and Tart flavours, for which you can find authentic reviews of below. 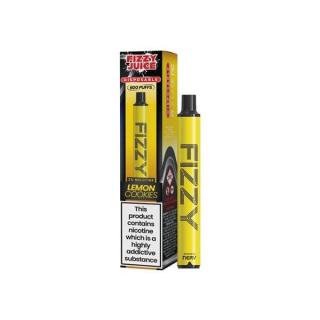 "This vape is a bit to sweet for my liking I tried it but gave it to my friend and she loved it. You can really taste the lemon in it and it smells so good. I just found it a little sweet but if you like cookies and lemons you will love this one" - Emma W.

"I haven't tried many of the creamy flavours but was pleasantly surprised. its a nice sweet lemon, nothing sharp but the flavour is really quite strong, even at the end. almost maybe a little to strong? but nice all the same" - Lydia H.

"Great flavour and good vape. I like the fact that it has a round mouth piece and not flat. I think this has to be my all time favourite" - Matthew G.

"I didn’t have high hopes for this one but I’ll hold my hands up and tell you I was wrong. It’s a really nice vape" - Hannah A.

"Very nice vape with a strong flavour and you can taste the cookie flavour infused with the lemon really well." - Max B.

In 4th place is Dinner Lady Lemon Tart. It has an average score of 4.2 stars, voted for by 16 vapers. It features a mix of Biscuit, Lemon, Meringue and Tart flavours, for which you can find authentic reviews of below. 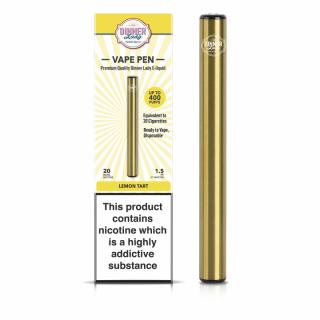 "Simply sensational. So glad Dinner Lady have released this vape as a disposable - I prefer Lemon Tart in disposables as I don't have to dedicate an entire pod of my standard vape device to the flavour. Fruit flavour in my daily vape device, Lemon Tart dessert in my pocket - can't ask for more!" - George T.

"Very strong lemon flavour so if that’s what you like I would definitely recommend. However personally I think it’s a sickly for me, but it is still nice" - Natalie S.

"Perfect size for keeping as a spare or if you don't want to carry a big bottle of liquid. Saves having to too up when you're out." - Emma J.

"Basically what it says on the tin! Wish it was alittle more powerful but perfect for on the go/festivals ect!!!" - Keiren T.

"Subtle but a pleasant vape. I’d get this again for my brother" - Oscar P.

In 5th place is IVG Passion Fruit. It has an average score of 4.7 stars, voted for by 13 vapers. It features a mix of Fruits, Passion Fruit and Tart flavours, for which you can find authentic reviews of below. 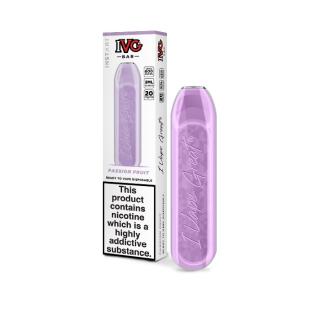 "Best passionfruit flavour I have tried so far across brands. I love the geek bar passionfruit but found this one even better" - Jade B.

"These vapes are good to take to festivals taste good too" - Jenny J.

In 6th place is V800 By Dinner Lady Lemon Tart. It has an average score of 5.0 stars, voted for by 2 vapers. It features a mix of Biscuit, Lemon, Meringue, Tart and Vanilla flavours, for which you can find authentic reviews of below. 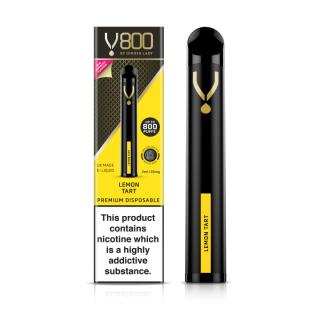 "This is by far my favourite. Zingy lemon all the way through." - Tracey C.

"This is yummy, taste more like popcorn" - Roberto C.