A Review of The Best Smoothie Disposable Vapes

There are 1 flavour variations of Smoothie disposables across 1 products. Across them all, they have scored an average of 4.8 stars.

Exclusive to IndeJuice, 10+ vapers have rated & reviewed Smoothie disposable vapes based on flavour accuracy, quality and how likely they are to recommend it. Below you'll find the top 1 Smoothie flavours of disposable products ranked in order of popularity as voted for by the vaping community, featuring authentic reviews from vapers themselves.

The most popular disposable with Smoothie flavour as voted by vapers is Geek Bar Banana Smoothie. It has an average score of 4.8 stars, voted for by 14 vapers. It features a mix of Banana and Smoothie flavours, for which you can find authentic reviews of below. 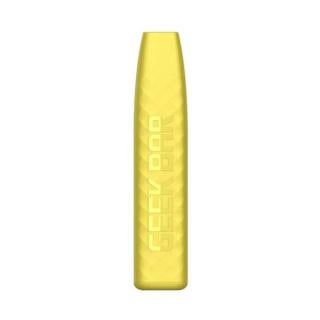 "This is definitely one of my favourites. It has a strong flavour - so if you're not a massive fan of banana, maybe stay away - it seems to have lasted a lot longer than the 400 puff estimate, at least for me, and the smell is delicous. I will be buying again." - Ebony P.

"I loved this flavour I didn’t want it to end, I tried the same flavour in an e pen abroad and it wasn’t even half as nice as the elf bar flavour" - Daisy C.

"Best banana vape on the market. Smooth hitting and great flavour. Alot of vapour production and a nice smooth throat hit" - Stuart B.

"Bar far the best I've had as yet for flavour, would of been 5 star but got a burning taste after around 150 puffs" - Brett H.

"Amazing flavour thought I would try something new and will definitely be getting again" - Jason S.