Which Is Worse PG or VG?

Published August 1st 2022
Are you confused about what VG/PG ratio you should use with your device? Read on for a comparison of the best and worst! 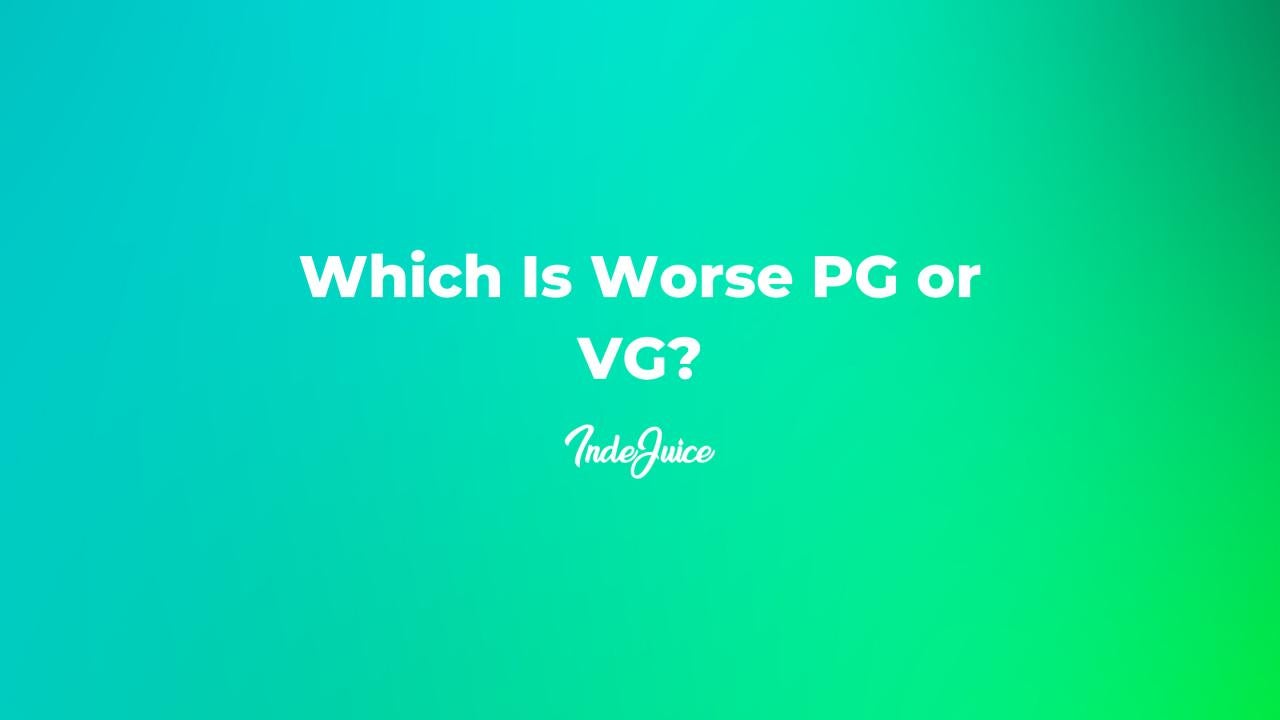 Which Is Worse PG or VG?

Having a high ratio of VG creates a much larger cloud production but, at the same time, may lead you to experience a flavour-block. An e-liquid with an equal amount of PG to VG will have a smaller cloud, but you will experience flavour-deliverance and a better throat hit.

Vegetable glycerin is the base of almost all eliquid mixtures; it is a thick liquid derived from vegetable oil and turned into a substance suitable for inhaling.

You can get several different ratios of VG in vape liquid, and the general idea is that if your juice has a high ratio of VG, it will produce more of a cloud. Because you're working with a higher VG percentage, you will have to use a higher wattage device alongside a lower resistance coil.

Things to note when wanting to use a higher VG ratio.

Propylene glycol is the second main ingredient you will find in vape juice. PG is a synthetic additive which can be found in food, drinks and plenty of day-to-day products. The liquid is of a thinner consistency, colourless and odourless with nearly enough no flavour.

Vape juices are available in various ratios of PG, most commonly, you'll find 50VG/50PG, but it is also prevalent to see ratios such as 60/40, 70/30 and 80/20. It is recommended that people who are using vaping as an aid to quit smoking stick to using a higher ratio of PG as this is what carries the nicotine and will give you the familiar hit.

Things to note when wanting to use a higher PG ratio.

VG and PG have different roles when using e-liquid, and choosing which ratio is entirely down to personal preference and what you would like to experience when vaping.

Learn more with our vape guide on should I use PG or VG nicotine?