Published August 8th 2022
Ever wondered what nicotine tastes like? Let's take a closer look at the flavour of nic. 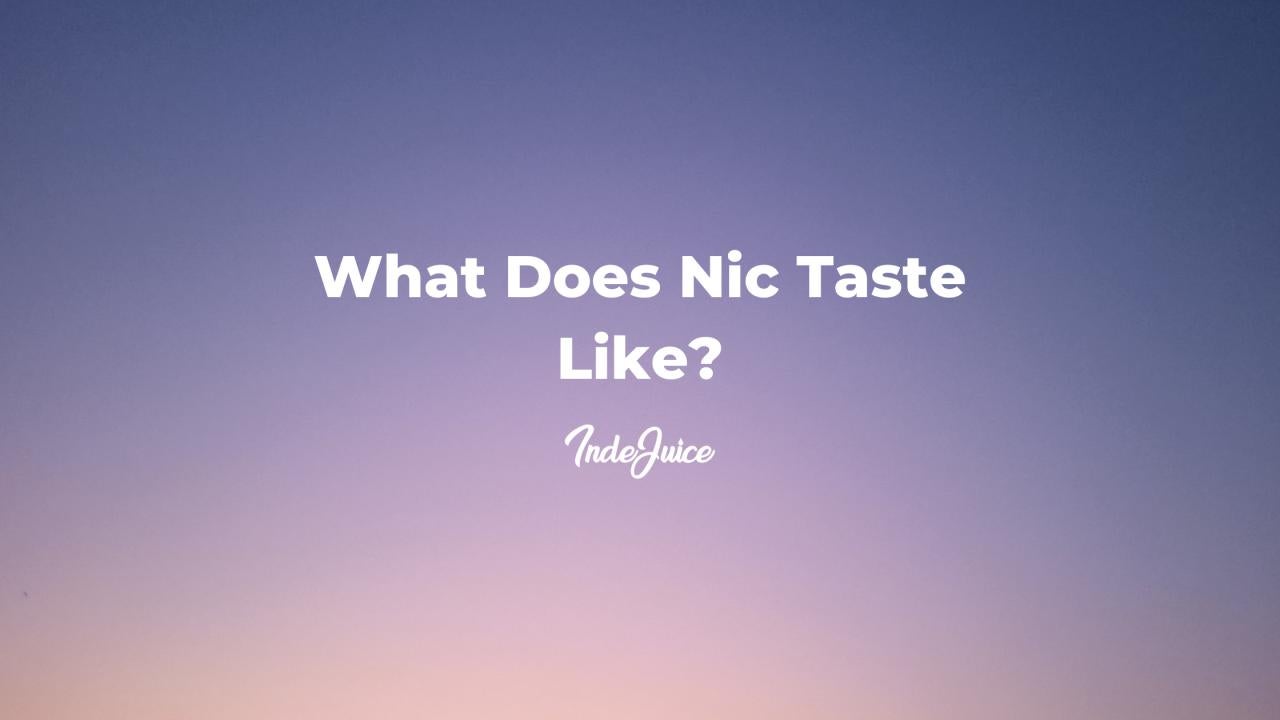 Nicotine itself does not have a very strong, distinct taste other than a mild spicy or peppery flavour that is only noticeable if you were to vape Nicotine on its own without it being mixed with other substances such as VG, PG and flavourings.

Nicotine on its own will not have a very pleasant taste; you will experience an almost peppery flavour whilst also experiencing the throat hit that is provided by the nicotine.

This sensation, combined with the spicy/peppery taste, has the potential to intensify the peppery taste you are experiencing and most certainly will not be enjoyable.

It is not recommended that anyone tries to vape just nicotine or nicotine shots on their own.

On most occasions, the manufacturers of vape juice, especially manufacturers of short-fill juices, will regularly add a higher concentration of flavourings into the liquid to make up for the nicotine that will be added, which can affect the flavour slightly.

The amount of nicotine you add to the liquid can also determine how much the nicotine could affect the flavour. Suppose you are looking for a vape juice with a low nicotine strength, such as 3mg. In that case, you will notice that the addition of nicotine will not make hardly any difference to the flavour of the juice.

Nic shots are generally used in short fill bottles of vape juice that contain absolutely no nicotine in them at all; at 0mg, the liquid will be packed with intense flavour, but adding nic shots to a vape juice will dilute the flavour to some extent but will give you an adequate nicotine intake.

Nic shots do and will dilute the flavour of a 0mg vape liquid. A majority of vape juice manufacturers, especially the manufacturers of short fill juices, will have taken the fact that adding nic shots to a juice will dilute the flavour very slightly, and they will have added extra flavourings to make up for the slight loss of flavour you can experience when adding nic shots to juice.

Commonly, most short fill bottles will only leave enough space for around 2x 10ml bottles of nic shots, this meaning that 6mg is roughly the highest strength you can get in a short fill.

Learn more with our article what do nicotine shots do?